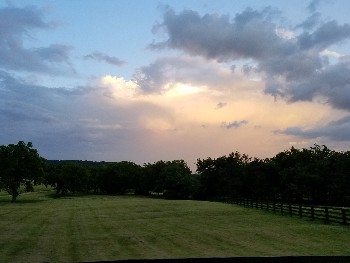 You know you’re on the side of good when you step into your parents house after being on a 1,700 mile road trip, and the first thing your Mum says is: Wow, you look really happy. You must have enjoyed yourself.

I don’t own a poker face, she wasn’t wrong.

I thought to myself, but there was so much more about these past few days than me just enjoying being away. It goes something like this …

Last night, Kat*, a person with whom I’ve known since we were 11 years old, and I sat in an all brick-decorated restaurant for 2 1/2 hours, and filled it up with dinner, drinks, laughter and conversation.

*As with all my blog posts, people’s names have been changed.

This wasn’t a girls night out to bitch about boys and diamonds. Which isn’t in my DNA anyway. Rather, this was two souls taking a moment to check each other’s mental pulse to ensure a steady strong clear beat before it was time to fly solo again.

We talked about everything. About the present. About work … for sure. About Kat’s new lifestyle routine which includes more quality days with Mickey and the kids. It’s doing the trick. The five of them got back the night before from San Diego, looking glowy from the Californian surf.

We talked about my old/new friend on my phone, Monti, who came along on this journey in the form of a daily welcomed voice from England.

I like that I look forward to our back and forth. It’s more than a fleeting feel good time. It’s a lasting good feeling … period.

I’ve no label for our chats, except that it was worth sharing its positive vibe.

Later, Kat and I sat around the island in her kitchen with Mickey and their three teenage + kids telling stories well past 2 AM. It was, in a word, beautiful.

The prosecco was a nice touch.

Three nights prior, I had a similar but different one on one with another person whom I have the honour to call my friend since we were 12.

Then, Ang wanted to talk shop. I was all ears to learn how she helps English-as-a-Second-Language (ESL) children navigate a new school, which includes bonding with parents, learning their history, and language.

Not all serious, Ang has the best sense of humour when she reenacts dumbing herself down to explain to administration the fact that there is yet another ESL child forced to repeat Grade 2 … that this is an indicator of a larger teaching problem, and not a time to place all fail blame on a 7 year old kid from Guatemala.

Just a thought, she tells them until the light bulb goes off. And she’ll rinse and repeat as an advocate for those children until officials understand. It doesn’t always change the outcome. But she tries regardless.

Kat and Ang. Wheew. Some people marry up. I friend up.

The last 9 days have been about Nexts.

A trait we all have in common is when we say we’re going to do something, we do what we say.

When I left Ang, she talked about visiting Kat at her restaurant. When I left Kat’s, Kat suggested we go to Vancouver next year to see our other friend up there. Which shows a cosmic symmetry because right as this trip was beginning I mentioned to our Canadian friend that she’s up for a visit.

I individually told my two friends that I plan to see them at least once a year. Add to that, a few days back Monti and I made a pinkie swear, and I’m serious about that one too.

Once I get established at my job, London is calling. The Lake District is calling. So is Inishowen. But I will always find them.

I head out on Friday for the final 250 mile drive over the mountain, back to the poor wee cottage.

I thought I’d be sad to see it end. Instead, I’m falling in love with the connections that were formed during this road trip. I had the notion that this holiday was about ‘getting away from it all’. Turns out, it was a holiday that called my friends together.

And surprisingly, it was about opening windows and finding new doors.

I told Kat in the morning that I felt like I had gained 110 strength points on this trip. I’m not sure which suppressed D&D memory that came from, but Kat said: Good. And that’s why we’re all still friends, because we give each other those points.

Later I made mention to Monti that I had been listening to the universe. A reference to being in the Now.

Then I thought to myself, but did not say: And it’s making me feel like a human sunflower in a field full of sunflowers.

I know. I know. What can I say? It’s how I honestly feel.