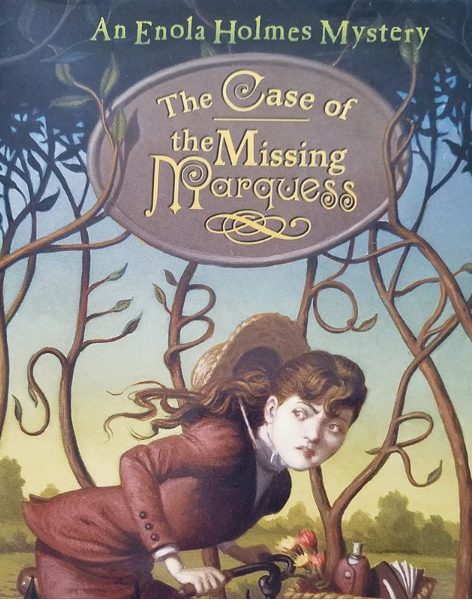 I’ve been concerned these past months that the new Enola Holmes movie was turning me into one of those Game of Thrones and Lord of the Rings fan nutcases.

In my family we’d be talking about my Brother Drew.

Small example? My brother went mental over Liv Tyler’s featured role in LOTRs. It’s not that he has a problem with Liv Tyler or her character Arwen. It’s just that Arwen’s story is part of the A.p.p.e.n.d.i.c.e.s. of Lord of the Rings and n.o.t. true to the three ring cycle tales.

I tell you. Mental, he went. And that’s only one example.

Look, I adore Lord of the Rings just as much as the next geek and have been reading the books since I as 11 and watching the movies just a recently as last month. However, I am able to separate a 4 million page tome from 3 three hour films.

Shhhh … Please DO NOT tell Drew.

But this young adult novel translation to the silver screen? Well, it had me a wee bit nervous.

For instance, I knew early on that they aged the heroine by 2 years, from 14 to 16. Also they cast her two much older brothers, Sherlock and Mycroft, far too young for their cantankerous personalities. And Helena Bonham Carter in my book as been phoning it in for the last 10 years (I blame Tim Burton).

But what truly feed my uneasiness was that, for the first time ever, the heroin-addicted violin-playing sleep-deprived Sherlock Holmes was going to be a healthy-tanned man with muscles on his neck and sporting a quarterback chin.

Enola’s older more famous brother is not in the book much, but he’s in it enough to cause my left eye to twitch.

My reaction would be similar, say, if La La Land decided Mark Wahlberg would be a perfect fit to play Abe Lincoln.

Well, the trailers’s out. And, thankfully, my Victorian nerves have been soothed to a near vapour. The film looks witty, adventurous, and Nanny McPhee refreshing: