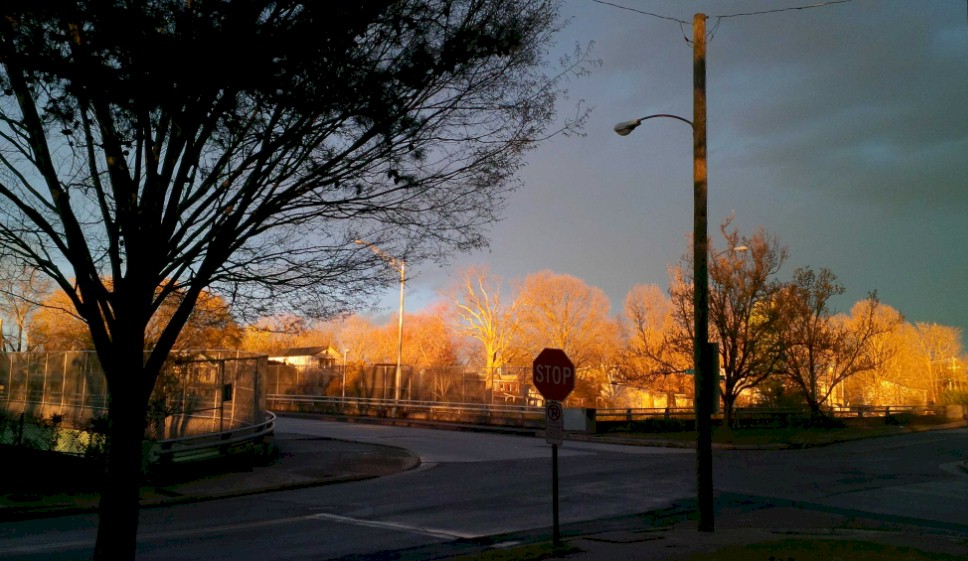 I have to get this off my chest. This is a rant.

My next door neighbours are leaving.

I cannot contain my joy.

They have been a nightmare from Day 4 when EMT, a firetruck and law enforcement were called to their house twice in one day for a possible overdose of one of their 6 friends. On Week 2, three police officers surrounded the neighbours outside at 7:30 in the morning … on a Saturday … to deal with their verbally escalated argument.

They don’t clean up after their unleashed three legged dog. Their lawn is 10 inches high so they use my property to come and go and for their pets. Garbage vomits out of their front and back doors. There are spoons on the ground between our houses. Strange cars drive up to their place and leave after two minutes. They don’t talk, they shout.

I’m embarrassed when my brother stops by and don’t want my seven year old niece near this place.

One day as my brother Paul and I were dealing with the lawn, the guy simply fell off his skateboard onto the street. He wasn’t doing tricks … he just tipped over. Apparently stoned and using a skateboard don’t mix. The other idiot, a girl past the age of acne, has red scabs all over her face. One night their friends crashed their pickup truck into the side of my property almost hitting the part of the house where I sleep. Twenty foot skid marks, a 90 degree bent front tyre, four police cars and a tow truck later, they were arrested for DUI.

I have never encountered stupider people in my life. These people are so dumb that the very act of walking to their house from their cars draws community stares. The anxiety and stress level of being so close to drugged out morons skyrockets when they appear. It is beyond distracting to watch people live like they do. The people on the other side of them tried to find the owner to get rid of them. They hate them. I know because they expressly told me using those exact words. So did the people four and five doors down.

Daily. For the last year. 365 days. It has been something. Their multi-dented car, held together by duct tape went unmoved for 6 months on our mutual street parking. When I asked the management company for assistance with their litter issues they said they “like their residents to settle matters with each other themselves.”

Then word came from three doors down that the neighbours were moving.

Next door is a two bedroom one bath house that is maybe 700 square feet. Tiny places with maximum 6 rooms, we all live in similarly styled cottage houses. I have assessed that, with smart planning, moving for me would take two guys maybe two hours. Them? Seven days of hours of back and forth activity and still …

Last night, after the neighbourhood text rejoiced at what we thought was final liberation, the guy and girl were back, taking out more stuff and throwing more stuff into the alley behind our houses (their idea of taking out the trash). To offer an example of said discarded items in alley, amongst the 80 plus things they’ve ‘thrown away’ are a shopping cart, an orange traffic cone, a no parking sign, five wooden pallet crates.

At seeing them once again, and hearing the yelling at each other outside my living room window, I emailed the property owner asking him to please confirm that the house next door is vacanting.

Then I walked outside and, as they were removing shelves, directly asked them to please make today their final run. They stopped and looked at me as if they didn’t understand English. So I repeated myself by not asking but by telling them to get the rest of their belongings and leave for good.

Their response was to throw their hands up in utter bewilderment and astonishment, as saintly as Jesus, as if I had snatched a toy from an intellectually challenged five year old.

That being said, I stood on my front porch and openly watched them load up their car with a little more purpose. And after they drove way and the dad, or whoever that guy fixing the once dead car, stayed behind in his parked car, I openly walked down the street, past his car and back up to my porch taking pictures as I strolled … of cars, of trees, of the sky, of him … I just didn’t care.

Absolutely was there a wee bit of liquid courage in this story, but I was just so done with them and done with being a spectator out of dread in a place that I had every right to safely occupy. Done with putting up with less than human behaviour, drug activity and being scared to say anything for fear of retaliation.

Upon reflection, I should have just let it go and let the disaster come to its natural conclusion. Then this moning I looked outside and saw what their dog once again left on this property, and read an email from the owner of the property management company asking me if the reason I was wanting confirmation was because I had a person in mind for the place.

As an aside: That owner was by the house last week … he asked me if I had seen the tenants. He saw the mess. I would have rather him have written a ‘they are gone, sorry about that’ response … but instead I got a ‘you have someone in mind’ used car salesman.

First he tells me he doesn’t get involved. Last week he asks me if I’ve seen them. Today he wants to know if I know of anyone. It’s all comes down to zero vacancy and money.

It’ll be just my luck that I’ll get a knock on the door asking me to explain my none too passive porch behaviour in a court of law. Insanity by reason of being fed up is going to be my defense.

As a secondary aside: I thought that when I was done with this tirade I’d feel cleansed and over it. Instead, I am so much more annoyed. And I have feelings of wanting to move to a log cabin on a grassy mountain hill and never live next to people again.

Third aside? As I was editing this story, the property management owner stopped by to ask again if I knew of anyone who wanted to rent to the place next door and telling me how pretty the flowers on my porch are … Sigh.