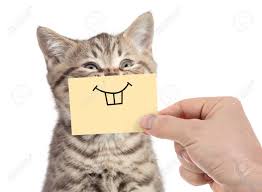 I’ve been watching short-length videos of kittens on Instagram. Like, for an hour at a time. So much so, my suggestion feed now is heavily showcasing 10 second clips of kittens napping with babies, owners, dogs … on keyboards, in boxes, with other kittens.

My kitten hour time has become the purest-joy-cloud-comfortable hour I have during the day. And it so doesn’t matter if I am ‘pro’ or ‘no’ cat … kittens are friggin adorable. And kitten videos? Adorable X10.

I wouldn’t call myself a cat person … I think I’m more of dog person. But to be be fair, in my adult life, I’ve been neither.

Growing up, however, I was both. The dogs were Boots, Athena and Vicky. In Greece, it was cats. Five of them. None planned.

It began with Hercules (Herc for short), whom my father vehemently protested.

“Not in my house!” He roared when it was discovered that an overgrown kitten had been living hush-hush in my brother’s bedroom.

So Drew, my Irish Twin and I pretended to send her away.

When it was discovered that not only did we not send Herc away, but that she was now sleeping part time in all five of our bedrooms … My father resigned rhetorical response was: “Is this my house?”

Our roommate came by way of a meow at my brother’s ground floor bedroom window in our house on Evripidou (Ευριπίδου) street. We three were in Drew’s room playing D&D when Herc called out to us to let her in.

For years, mainland Greece had a lot of homeless cats and dogs. I’ve not been back since my teaching gig post university, so I am not able to speak to it today. Then, a wandering animal was not an uncommon site, and taking in a collarless stray was a common story. So were the sounds of puppy yelps coming from vacant lots. It was a harsh reality.

Anyway – perched there on the outside sill, staring at us with dirty eyes, was a young tabby with a stunning Siamese-cat silhouette.

We opened the window, and in she walked.

Herc had a combination of tan and white spots on a dark haired coat. She was the outcome of a night when high society met your average joe.

Dainty, her unique marks made her pretty, and her lines formed a graceful frame which added a sophistication to her calculated movements.

She also possessed a stillness and gaze that made her seem to absorb a room with purpose. She was wise, and seemingly in control. We may have taken her in, but it was she who selected us.

In spite of my father’s “my house” stance, eventually Herc moved from temporary status to a fully roaming member of the household.

Poor Papa – he was powerless when it came to Herc. I have a sneaking suspicion Herc knew this.

Herc’s favourite thing to do was to casually walk in between you and whatever was occupying your time (reading a book, doing a crossword, watching telly), and demand her time and a cuddle.

My favourite cuddle time with Herc was by the living room fire. Oh, she was lovely company. On the black marble-floors. On the white flokati rugs. In front of the orange embers. It was a room that shared the same colours as her distinct markings.

Then a year later Herc added four more to the house: Nicotine, Morris, Goody-Goody and Shadow.

My father failed to see the humour as she grew larger. And he was even more so when she gave birth to her four boys in Fred’s sock drawer … whilst our Mum was away in America.

Had it been a race? On that day? ESPN would have flashed an image of my darling Dad, standing with his hands on hips, covered in Herc’s dust.

My brothers and I thought the new crew in Fred’s closest drawer was, in a word, fitting.

See, there are 5 of us and 1 of her. Herc balanced out her side to match not only our number, but also the 1 girl – 4 boy rule my parents had set up.

He also had a lovely motor in his throat when he rested, and he slept on my pillow, between my shoulder and head, humming in my ear. Best background sleeping noise ever.

The camaraderie and harmony with those cats lasted for a solid time, long enough to be a part of photographs … until they grew and the boys began to bicker.

Then one by one, as it happens in Greece, Nico, Shadow, Morris and Goody-Goody left.

Then one day, we left too.

I was heartbroken by that move. Crushed to leave my home. My country. My school. My friends.

And Herc didn’t come with us either.

I heard the Stone’s down the street, who were cat people, took after her. I never asked. To this day I don’t ask. If you know the story, don’t tell me.

I haven’t thought about Herc and her boys in a long time. I’m sitting in my Reading Room experiencing a sense of profound sadness along with guilt along with vivid tender memories.

Turns out, Finnegan, you are so not ‘not a cat person. More so. Not only are you indeed a cat person, but you are person who was once loved by cats.

I would have lost the bet if you told me THIS was going to occupy my weekend morning, now my afternoon. It’s the beauty of improv’d blog writing, I never know what part of me I will see.