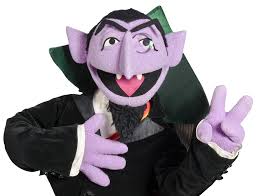 I read today that a movie I have seen roughly 136 million times, Only When I Laugh, is considered garbage by critics. Roger Ebert gave it one out of four stars, noting: “… people in the movie seem to be drawn from superficial medical advice columns.” And Gene Siskel called the script “as phony as can be.”

Apparently, so confused was the industry about this film that the lead male actor was nominated for both an Oscar and a Razzie for his role in this movie.

I wasn’t around when it came out, but how is this possible?

What movie have I been watching?

Only When I Laugh, released in 1981, is a Neal Simon and Marsha Mason gem with James Coco as Jimmy, the dependable best friend.

Showcasing the ever appealing, gone too soon, Joan Hackett as eccentric Tobey.

Not epic by an stretch of the imagination, Only When I Laugh is a solid 120 minutes in the hands of an ensemble cast who know how to put on a play.

Bonus? How about David Dukes playing an arrogant prick too well that I thought he must resemble that character in real life until he showed up on Dawson’s Creek as the devoted Dad to Jack and Andi?

What about the cool New York apartments and parks? C’mon Now.

There’s even a cameo in there from Kevin Bacon, who looked like he walked straight off the set of Animal House.

No disrespect to the Two Thumbs Up gentlemen who revolutionised the movie critiquing business … and my sincere apologies to my Mum, who taught me how to count …

That’s my soapbox for the day.

Four more hours and I’m heading downtown with Andrew and Rebbi to watch talented individuals act out Shakespeare. It’s been about six months since we last heard The Bard spoken, which was an outdoor performance of The Tempest.

Until then, I’m playing around on the internet and enjoying my second Colombian cuppa from a company out of San Francisco whilst the lingering aroma of thick cut cooked bacon mixes with the fresh Autumn air coming from the slightly ajar windows in this poor wee cottage.