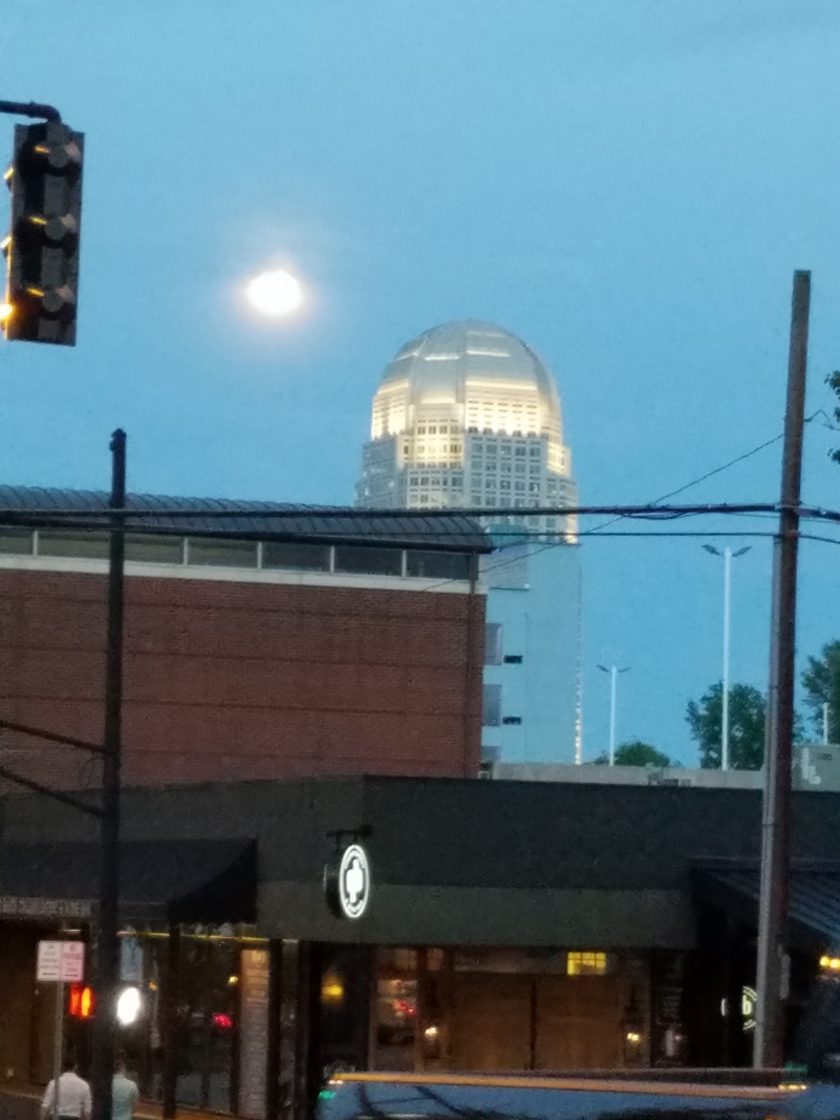 I disconnected and went on a three-day short distance (under 800 miles) road trip.

The first night, a guy came up to my restaurant table and asked where I bought my Ireland zip up. When I told Bryan, as he introduced himself, that I got it at Shannon Aeroport … he laughed and said he had the same one from the same spot.

Bryan wasn’t caustic, rude or intrusive. He was enthusiastic about my sporty Ireland jacket, and we bonded over apparel from a common store in another country.

We ended up chatted for 10 minutes about his tour of duty in the Navy, Ireland and local landmarks that I should take in whilst in town.

After he left, I enjoyed my gruyere-risotto and beef tenderloin dish paired with a La Torretta Pinot Grigio from Veneto, followed with a rocks glass of Johnnie Walker Black (I was going for Blue but thought better to make Blue the dessert of my night out).

The food and vibe at Jeffrey Adams proved to be an inviting first nod in Winston-Salem, North Carolina.

The next day I stumbled across two Edward Hoppers, one De Kooning and one Singer-Sargent during a tour of an old school summer mansion, which spanned what seemed like a quarter of an acre in length. It had an operating ‘family’ elevator that took me to a third floor attic filled with toys and kids’ clothes. Oh, and the estate boasts a tale when President Truman took a nap in the library.

There was more … the interactive science museum with a wild habitat … the Moravian Bethabara settlement from the 1760s … Mama Zoe’s restaurant … the Aquarium I thought I found which ended up being a fish wholesale distributor in an industrial park.

All solid choices for a stranger in a strange land.

I’ve another 3 hours of drive time tomorrow before I’m back at the poor wee cottage.