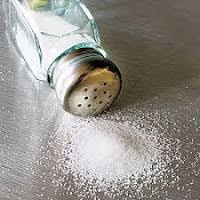 Still hanging around hospitals. At least the view from this one is pretty.

BLOG ALERT: I am in a salty mood today …

And I’ve a few random thoughts prove it.

My Mum’s flip phone dated circa 1878 packed up the other day as she has been in hospital (see previous post).

Won’t display. Charges, sort of. Cuts out after a minute. No rebooting. Doesn’t know the password. Has a battery I’ve never seen before.

She said she wants a mobile phone but wants one that isn’t complicated like the ones we all have. I’m like, Mum, a flip phone NOT working IS complicated. That being said, yesterday, I went out that morning and knowingly walked into buying her a smart phone (also known simply as a ‘phone’).

At the store, awesome Will The Verizon Guy and I completely de-cluttered the new toy. We made the home screen show only relevant calling icons, got the ring tones right and high, and I manually added a comprehensive phone list because in 1878 they did not have the technology to transfer contact lists. Before I left her bedside for the day, I did a practice tutorial with my Mum to show her how swiping is just like flipping a phone, what it looks like when a call comes through, etc.

Allow me to preface this next bit by saying that my Mum is cool, that I am all too aware that this woman has been sick for 5 weeks. That she has been in hospital since last Thursday. That she had her weakened heart shocked. That there was an adverse reaction to anesthesia that we all thought was her demise. And that she has more needles in her to make a molly dealer think she’s moving in on his territory.

Early last night I was woken by a call from the nurse’s station saying they were moving my Mum to a lesser care unit (yay!), and that the reason they were ringing me was because my Mum wanted me to know that she tried to use her new phone but her phone “wasn’t working”.

Whilst I am thrilled beyond measure that my Mum has left the ICU, the lingering thoughts I am having about her using that phone have the potential to send me to purgatory for the rest of eternity.

Sigh. I should have just bought another flip phone. In my defense, I had been up for over 24 hours in an ICU.

I read that American talk show host Wendy Williams mocked a man with a facial scar that obviously was the end result of a procedure to correct a birth condition known as a cleft palate. When people outside of her giggling audience started to complain, Ms. Williams had her production company donate to the Cleft Community, then issued an apology on Twitter which concluded with a comment about how we should all be more sensitive to people with cleft palates.

Excuse me? Wendy Williams is a dolled up playground bully who targets people in front of like-minded laughing assholes because inexplicably that level of humanity gives her money and support. So when her words extend negatively beyond her playground, threatening her approval rating, she keeps it real by having a company give money to ‘a cause’.

Not stopping there, she posts on Twitter that she’s sorry, but not before ending her nonsense by doing what bullies do best, making it everyone else’s problem too. She challenges the invisible population by admonishing them to be, like she is now, more sensitive to the plight of this previously unknown community.

What is going on here? The trauma of children with cleft palates is well documented. Not to mention that it isn’t nice to make fun of people with scars. Scars by their very existence silently tell a tale of human misery.

Now, I don’t much about Wendy Williams … but, really? Jesus Mary Joseph. Ms. Williams is just the kind of adult I loathed in high school … the hypocritical passive aggressive douche bag teacher in a position of authority holding the microphone at the mandatory all hands student assembly bitter because they didn’t know when they took this job that it entailed teenagers, getting up at 5am and grading 150 papers every day.

Ever heard of the saying: Never tell the right hand what the left hand is doing? It means: Own your actions, grow as a person, show by example and give without telling.

Dear Wendy: Please do not allow the plastic in your body to make you believe you are anything other than a single atom in the smallest toenail of the shortest human being walking amongst giants through an infinite continuum.

The lead actor in the 2017 King Arthur movie has blamed the $175 million disaster and ultimately doomed franchise on the single ‘miscasting’ of an actor whose scenes had to be cut from the movie prior to its debut.

Upon investigation, it turns out he his referring to the character of Maid Maggie. I’m sorry? Who?

Now, I’m not a filmmaker and I don’t play one on TV, but this explanation for losing out on a seven disc box set opportunity does not equal cause and effect in my book.

I mean: IF the offending actor was axed and the scenes were removed before the movie’s release … and IF there was enough confidence and budget to add new scenes and fix the void … AND the movie still got panned … then HOW was the hiring and firing of a secondary actor the fault for the entire crash and burn of a potentially Lord of the Rings expected franchise?

The historical re-telling of Arthur from stable hand to king to husband to legend is so incredibly charming, it writes itself. Methinks jobs were lost due to a other factors like, oh, sloppy dialogue, lazy hairstyles and unqualified editors.

Charlie Hunnam, tsk tsk for throwing your fellow thespian under the bus because your head is so far up Guy Ritchie’s backside to secure an inexplicable role in his newest project.

Remember, when you point a finger, there are more fingers pointing at you.

There is good and there is not good, and 3 years ago director Ritchie knocked over a perfectly good bottle of fine red wine. So until Guy learns to handle vintage drinks that can stain when you spill them, I’d like to suggest to Mr. Hunnam move on and stick to designer clothes ads in glossy men’s magazines and working on movies whose screenplays are written by people outside of his bromance circle.

Okay, I think that is enough salt for one day.