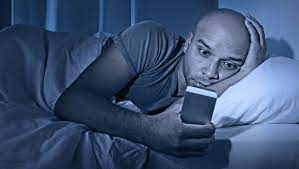 I’m a fan of embracing the inner comedy failings and funnies that makes us who we are. It begins at home, and thrives when you don’t mind being you.

Case in point, something I don’t mind admitting about myself:

Comical Self Reveal #1: When swiping fails to activate any part of my phone, I experience a 2.3 second panic-attack that my fingerprints have finally worn off.

Between the ages of 16 and 24 I was overly serious.

I had my reasons. I considered myself emotionally trapped, physically caged in a country not of my choice when all I wanted was to go home to my house in Politia.

It was a combination of depression and being a truly lonely alien. Looking back now I must have sucked the life out of every room I entered.

Is it too late to apologise?

Well-meaning adults used to order me to smile. Lighten up! They’d say, with an enthusiasm usually reserved for camp counselors … often wildly waving their arms in my face like an orchestra conductor, or an excited Italian grandma.

I entertained none of their nonsense.

I’d look up from my solitude or book and carefully explain in measured steely notes that, at thirteen, I sold my sense of humour to Albanian gypsies. Then I’d look back down.

My retort was always met with a look of disbelief, then annoyance, followed by a quick exit. I’m guessing maybe even a little fear.

I remember one day my eldest brother Joe mumbling something like ‘oh grow up‘ as he walked away, dejected. He talked tough but Joe was just another one biting my dust.

Then one day I did lighten up.

The world became a place to share again, in colours and clouds, with people and possibilities. I found laughter in me, around me, about me.

Life was good again. I retired my gypsy tale.

Unfortunately, I forgot to send the memo.

Not too long after my enlightenment, on the eve of a presidential election, I informed my parents via email that if another member of the Bush household were to become President of the United States then I was going to pack my bags and move to Malawi ASAP.

In my defence I thought this would be taken as funny because people in the US say they’re moving to Canada to escape American politics … whilst I, being a geography dork who can name all the countries in Africa, picked a rarely mentioned place in the middle eastern part of that continent. Also, name me three people who moved to Canada because of an election result.

Now, I’m no stand up comedian … But c’mon, the idea of George Dubba doing anything in the winning column was worth a chuckle. And to me Malawi was an awesome idea.

Unfortunately both my parents and my Aunt, having not received the aforementioned missing memo, immediately began researching flights to and hotels in Lilongwe.

For an entire weekend they looked up everything about Malawi, before collectively ringing me with concerns about health care and ultimately their blessings.

I had to stop them to explain that my email was a joke … and when I did, you could have heard a pin drop from their side.

When finally something was said, it was first my father who reminded me of the Albanian gypsies, and demanded I tell them how I could have gotten to such a place (both figuratively in my brain to think that funny and literally to Malawi).

This was followed by my Aunt lecturing me on wasting people’s time with my tediousness, and worrying my family and cousins to death with moving so far away.

It took a minute, but my Mum got it.

The call ended with my father telling me : No more jokes about Malawi and elections.

I had a boss who became incensed when the smiley face crept into informal work emails and texts. I thought it was unprofessional at first too, but I’ve since gotten used to seeing them on colleague to colleague communications, and it can make a difference to tone and perception.

Even though I maintain that the Moving to Malawi email was funny, I did feel bad that my parents and Aunt spent 2 days poring over country material and angling how to support their unstoppable DNA. After all, me going to Malawi is never off the radar.

But silliness and quirkiness should never make stress. A simple smiley face would have helped. Not everyone is used to my sense of humour.

Thankfully, long gone is the lonely alien. So too is me bartering away my genetic equation.

I instead hug the bits that make me me, and find at least one thing a day about me to own with adoration. Freckles, scares and quirks.

And I don’t mind saying with a grin …

I have horrible fashion sense; I mix and don’t match socks. I stutter. That I’m short. That I apologise to my TV for never watching it. That I wish my tea a good day before I drink it. That, for a second, I can truly frighten myself by believing my fingerprints have been wiped off by way of my Samsung … and it’s all funny 5 minutes later.

I never did send the memo. But I’ve used the crap out of ‘LOL’ since then.

Oh, I think it should be noted, these days I very much adore George Junior.