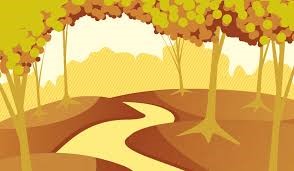 I’m researching rentals in the Northern states, for maybe (keyword) a move in 2021. My filters are minimal:

Yep, that’s me. I pick a two bedroom house that runs the price of a car.

I’m at the tail end of a lazy weekend, and it continues to not disappoint. The secret has been to purposely avoid reading anything coming out of a major news outlets in the US and UK. It does a world of good to stay away.

I say give no credence to vapid reporting on meaningless press conferences. I mean, when did it become news to report that nothing of use was said?

Keeping me company instead has been my background ‘noise’ of the Emperors of Rome podcast. The emperors can be rather taxing if you’ve not wall-to-wall whiteboards to link them.

Hosted by journalist Matt Smith, and scholar Dr. Rhiannon Evans out of La Trobe University in Australia, they make Roman history approachable. However, with this podcast, their stories are sewn together into tolerable-length episodes.

As I write, the stuttering Claudius, who came to power following the assassination of the insane Caligula, is scheming to conquer Britannia. Spoiler alert: To this day nearly every dig in England yields Roman coins.

Beyond that. I’m staying out of heat, and failing miserably at French.

And last night I watched The Right Stuff … for about the 18th time.

What a script. What a score. The music gets me every time:

I simply cannot say enough about this film.

Everyone in The Right Stuff is spot on. Especially Ed Harris,as the highly likeable no dummy astronaut John Glenn. Normally not a fan of Mr. Harris, whose on screen characters tend to mirror his off screen prick personality, here he nails that role with aplomb. So does the entire cast, too many to mention.

Pair The Right Stuff with the awesome Taraji P. Henson’s Hidden Figures … and that’s two of the finest inspiring but-not-glossing-over autobiographical films to come out of Hollywood. So good.

I hear a remake is in the works for The Right Stuff. I don’t mind. That 1983 movie isn’t going anywhere.

Next up: Give a tidy to this poor wee cottage. Then give a tidy to myself. And finally chill a bottle of wine for my phone chat to England at 4.

A solid plan for a Summer afternoon.