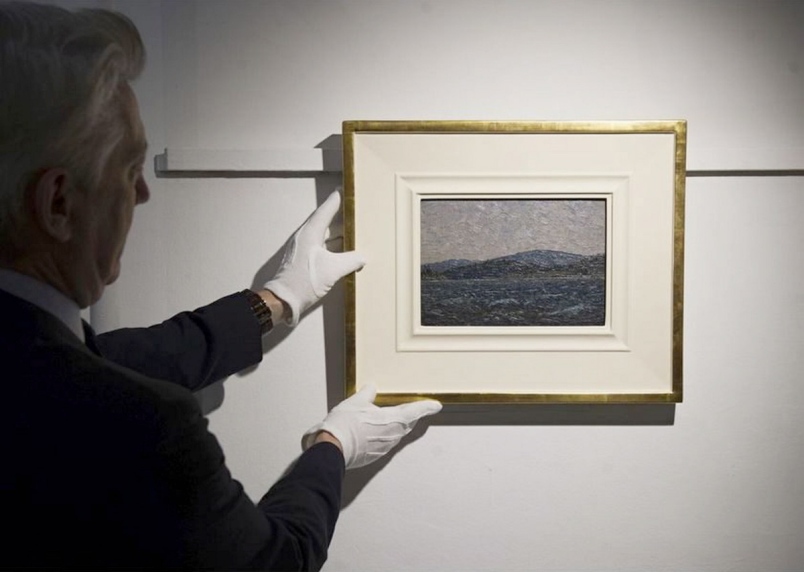 A few days ago I discovered the visual gloriousness that is/was the artist Tom Thomson.

A Canadian painter and outdoorsman, Mr. Thomson was a prolific painter; but he was also an individual who passed too soon and was grieved by his former love who rejected him.

American writer Alice Elinor Lambert, wrote in Woman Are Like That: “When later she learned that Tom had been drowned while on a sketching trip in Canada, she sealed up a section of her heart, never again to open it.”  Wikipedia entry for Alice E Lambert

I am so drawn to the what I call the ‘John Singer Sargent’ white … that oil painting colour that dazzles (not always white).

So taken by this artist, I bought a coffee table book of his work, which arrived on my front porch this morning.

I am beyond excited to skip through this collection. It’s slightly on the largish side, but just fits into my Indian Jones laptop shoulder bag.

Oh, and the prints are clear, bold and the colours … WOW.

I feel like a kid in a candy store.

My quest for the rest of this book is to find a spot to spend time this gem, and absorb this “influential Canadian artist of the early 20th century”, who, as David Milne described, “still stands as the Canadian painter, harsh, brilliant, brittle, uncouth, not only most Canadian but most creative.”