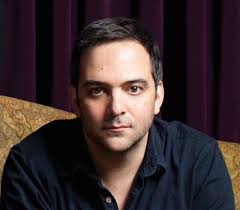 He was known for writing the theme song for the movie That Thing You Do, as well as co-writing a silly song called Stacy’s Mom, which received more press for its video with a bikini-clad Rachel Hunter.

Don’t get me wrong, it’s a well done video weaving images of the likable lads with a story line featuring a Seth Green lookalike having the hots for a Stacy’s supermodel-next-door mum.

Beyond the cuteness, and more specifically with Adam Schlesinger, is the charming songwriting, then the awards that followed.

Adam was nominated for so many awards, that’s plural folks, from an Oscar to a Tony, from an Emmy to a Golden Globe. That’s incredible. It’s not the nominations themselves that gives WOW; it’s that his talent impressed on every stage he stepped. WOW doesn’t even begin to give such a feat justice.

But it’s the song Hackensack that I will remember. An understated song about a childhood crush maturing into an adult adoration and longing. The accompanied vocals, the lyrics …

So simple. So quiet. It’s a hopeful heartbreak narrative if ever there was one.

Thank you for that song, and rest in peace Mr. Schlesinger.