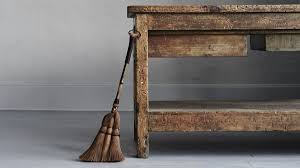 Yesterday the guy behind the counter at 7-11, whom I have facial recognition, asked me if I was an accountant. He said I looked like a CPA-type who works in an office. I had to laugh. Not only do I not work in an office, I can’t add to save my life.

People have no issue asking why I dress the way I do or telling me how I should live my life (neither makes an impact). But people rarely tell me how they find me. I found it great to tell him: Sorry, Web Designer by way of an English Degree.

By the by, what’s going on in the Dominican Republic?

A fourth tourist is reported to have died under questionable circumstances in the past weeks. Yesterday, famed Boston Red Sox player, David Ortiz was shot at close range captured by CCTV.

My neighbours two doors down took a cruise last month which included the Dominican. Ric, a former Marine, described their visit as follows: I have no idea what’s going on in the Dominican Republic, but that place is worse than where I was stationed in Afghanistan.

I will never win an award for best housekeeping. Not to be misunderstood. My bed clothes are laundered. My bathroom is fresh. My clothes are put away. I smell wonderful. When I walk barefoot on my fake hardwood floors my feet remain clean. I do my part.

That being said, whilst you won’t find much dust … you will find books stacked, some on the floor. There absolutely will be dishes in the sink. And recycling will be cluttering up a certain section of the kitchen counter.

My maid service skills was laughingly mentioned to me by my friend, whose unexpected mid-week visit meant he witnessed my bathroom routine by way of product bottles left around the bathroom basin … and the left-out long-since dried dishes in the overflowing dish rack.

You see nothing until you see yourself through someone else’s eyes, and I love that I can own my own silliness. Which means even I had a good giggle at Aaron’s observations at the novels piled against the wall on the back of the sofa, and the three used coffee mugs in the sink in a house where only I drink coffee. My bad.

So yesterday, in between watching Nadal take his 12th French Open and Rory McIlroy dominating the Canadian Open, I did a tidy.

Just a few things here. A few things there. A fold of that. A put away for those … and voila! By the time Rory and Webb Simpson were on the 18th hole, this place was back in four-out-of-five gold stars tip-top shape.

Unfortunately, I’m still me. Also, I’m leaving in a few weeks for a few weeks and who knows when I’ll be see my friend again. Given my schedule it will probably be August. Which means 10-1 the next time he does pop ’round, this poor wee cottage will look exactly the same from his previous visit and he’ll again give me a good ribbing about my lack of domesticity.

I was thinking about taking a few snaps, you know, as proof that I’m not a level above a slob who leaves things to the last minute. But then I thought, nah. Why ruin a conversation piece that makes people smile?