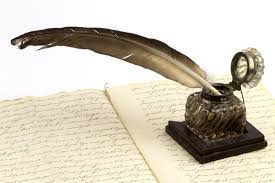 My brain cells are in brain fog today. Back to random thoughts …

I’ve never met anyone from North Dakota, but I’m convinced EVERYONE knows someone from Massachusetts.

Yesterday I told a guy with a beard that I have a thing for guys with beards … not realising he had a beard. His response was to flash a smile and say: What’s not to like?

To that, it reminded me of the time I told my Dad that I liked guys with beards and my Dad said: No you don’t.

Between human beings I consider all things equal. That means at work, on paychecks, during playtime, in our response to people’s affections, as ambassadors of this planet and our responsibility to children and elderly communities. There is no debate. I don’t call that feminism. I call that Life.

I credit my brother Joe for the brain I have today. I was 18, working full time in what ended up being my Gap Year before college. I was asking him some dumb question about something I should have known. Joe turned to me, looked directly at me and said: Get an education. I don’t want a stupid sister.

Those two sentences coming out of the month of my eldest brother affected me to my core.

One because I got caught being cutesy like a 5 year old. Two because I hero worship (to this day) Joe, and him telling me that I had a lazy brain embarrassed me. And third because it made me realise that I had wasted my brain between the ages of 16 to 18.

Joe put me straight and it sealed the deal for what would be the next five years of my life. My Bachelor’s of Arts degree is all mine. The strength that is my mind is mine and Joe’s.