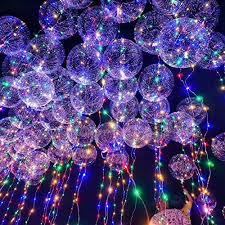 I know. How about I do a little political tidy?

I read Joe Biden is going to select a female vice president to be his running mate. Going to select? Going to?

I am reminded of the time comedian Eddie Murphy announced, a year in advance, without a script in hand, his plans to return to stand up gigs. It was bizarre, and ridiculous.

First of all, in his prime, Eddie Murphy sold out arenas – which takes a village to set up let alone an actual act to fill seats. Second, to announce an intent to do something in the hear future without any prospects? Talk about hoarding air time with white noise.

FYI: I wanted it to be true, but 3 or 4 years later and Mr. Murphy,unfortunately, has not returned to stand up.

Silly me, I thought announcements dealt with tangibles, not the inner musings of our minuscule minds. Perhaps things changed whilst I’ve been carrying on about clueless celebrities and their vacuous balloon bubble lives.

That being said, today I would like to announce my plans to next week think about stuff sometime around Wednesday … ish.

Nope. I’m back to my original … this type of broadcasting is useless and stupid.

C’mon Joe, get a move on it will you?

And since we’re here, how about forgoing gender agendas and pick the most qualified person to be 2nd in command of a country with 330 million citizens and an estimated 20 more million wannabe citizens. How about finding a partner who builds bridges.

You can do it Joe. Be a state’s person. Use diplomacy. Make decisions. Reestablish an economy post COVID-19. Consider education, innovations and our footprint in a global intelligence. Protect the troops. Be inclusive with our elderly community. Hire people you won’t want to fire in 18 months. Talk less about doing your job, and rise above the grade 8 social media politics.

Neatly put? Limit the banter, roll up your sleeves and get to work. After all, It’s not like this position is volunteered. You’ll get a paycheck.