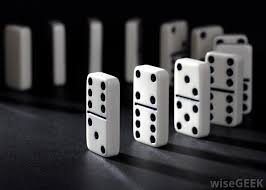 The city where I live has all but shut down its hospitality industry, putting everyone from the person washing dishes, to the parking lot attendant, to line cooks, servers, you name it … all out of business either temporarily, or permanently if they are unable to pay the bills in the next 4 weeks.

To put into persepectve, where I am: “At the end of June 2019, there were 2,079 full-service and fast food restaurants.”

In the span of one day, my brother saw his calendar drop from a solidly booked catering schedule through to June to zero events in the unforeseeable future. Six years of building the company, as he put it, gone in 8 hours. His buddy who owns a local pub, prepped for St. Patrick’s day with an additional $23,000 of food and drink … wasted. All revenue. Vaporised.

In a city known for its service industry – I feel the heart break. I passed three wait staff yesterday afternoon, sitting outside their empty restaurant and said ‘hang in there’, and meant it with all of my heart. For my part I continue to go to my local, me and about 3 other people. And do so carefully.

I know the crew who work there. I see them systematically wipe the establishment down (handles, counter tops, chairs, bathrooms) often. They do their part and we patrons wash our hands upon arrival to let the staff know that we are doing ours. We try not to touch our face. We share sanitiser. And we order a meal that we may or may not finish, tip well and empathise with worries about paying rent and electric bills. Because I can, it is important for me to thoughtfully help out during this stressful time.

And I do believe the world is doing its best. But boy is this virus also stabbing the blue collar worker and pouring salt on their open wounds. It is a time to be kinder to people living in this tender virus community. That’s the way I feel, and that is how I am conducting myself.

That being said, I’d like to punch Tom Hanks and Rita Wilson right in the mouth.

Oh sure, ‘ole “Hanx” is a beloved actor … blah blah blah … Mister Rogers … Apollo 13 … that stupid movie with the piano … blah blah blah. Rita Wilson comes off as lovely and harmless in the two movies I can think of her being in. But I couldn’t care less about their careers. Want to know why?

Because those two La La Land idiots opted, during a pandemic which has seen 50+ million people quarantined around the world, to fly … A pandemic which first showed in the US on the west coast where those two morons reside …

Those two mindless factoids opted to go to Australia, an island, from California, during a worldwide crisis. And because of their celebrity they went up and down the gold coast infecting residents – in multiple towns in multiple venues in multiple industries they were seen in countless selfies with strangers. It’s not like they were stuck on a cruise ship and off-boarded in Sydney. Nope. They carried it in.

Now they have made themselves Oz’s problem. How kind of them to insert themselves thusly.

Hey, I travel. I go to other countries. I should be living it up in England right now. But I knew in f*cking February that this was not something to be taken lightly and human travel is the way to spread this nasty virus. So staying put and doing my part to not transport if I don’t have to? Yeah, I can do that. I can wait, and so can my friends. Want know why?

Because that person lying ill in a sterilised hospital room in Italy being attending to by people wearing full body armour … That person is me. That person is my Mum, my brothers and my best friends.

So whilst I am ‘glad’ that Tom and Rita are doing ‘well’. I find their stupidity to be globally appalling.