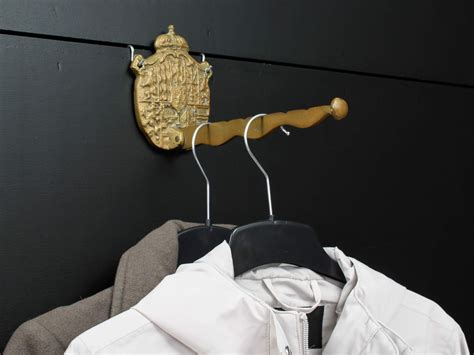 Yesterday my friend sent me a whatcha doin? text. I wrote back: Coffee, bacon and databases 🙂.

I added a smiley face, but it also made me smile.

Because that was precisely what was in front of me. I was drinking coffee. Eating bacon. And restoring databases.

It also made me smile because it’s a fabulous title for my fictitious next novel.

Apparently to trade in the oppressive East Coast humidity for England’s heatwave.

I can always buy a fan.

Weather aside, I’m happy to disengage from this poor wee cottage. It seems of late all I do is wake, work, sleep. And, as of 1 June, grieve.

I was in Her Majesty’s country in May when I cut it short to be with my Mum. In a few days I’m going to resume life in the South West part of the island, near the water, with my friends.

It’s good for me to go. I feel I am a healthier positive version of me when I’m in Somerset. Which is not only refreshing, but a relief.

Sometimes being just here seems to offer me only a bed and a Wifi connection.

The original reason I moved to this poor wee cottage was an attempt to kick start my life after my painful split from JB.

The world had moved on. JB moved on. I had to do something to shake me out.

So I said au revoir to the U-Street suits and salut! to a southern town filled with tattoos, foodies and very nice strangers.

It was a genuine nice place to start again. And nice was exactly what I needed to try and mend this broken soul.

Day one at the house, I stood out on its front porch with a glass of wine in hand, and felt 4 years of tensions float off my body.

Maybe now, I thought standing there, I can forgive myself for JB. Maybe now I can get out of my way.

That was the first time I thought that thought about forgiveness.

Never had a better decision been made.

I haven’t fully. Forgiven myself for JB, that is. But I have owned up to the fact that marriage in my mind erased my identity and made me feel caged. That I felt abandoned by those feelings. That I will always atone for hurting my very dear friend. And that, every once and awhile, it’s okay to give myself a break from the proverbial whip.

There on the porch that evening, I saw possibilities that were of my own making. Answering to no one. Waiting on no one.

I saw places I could go, and other jobs I could do. And not in a “if I won the lottery” fantastical way.

These were real places and real opportunities.

Sure, there were a few mis-cues after arriving here … like that stint at what could have been a really cool job had it not been for the people involved.

I’ll sum it up this way: Never prior nor since have I been associated with so many disconnected, corporate, elitist snobs. I’d call them co-workers except it was made very clear where I belonged, and it wasn’t at their table or using their washrooms.

But I fixed that glitch by doing something I also had never done before: I chose me over my job, and walked away from a professional situation that cared less for the interests of someone like me.

It all worked out.

Minus that hiccup, the move here did wonders for my sense of self, and my worth. Like, literally my bank account.

The difference between having a roof over your head here or in the D.C. area starts at $3000. In Washington, that three grand buys you a tiny 1 bedroom, 1 bath flat in a building with 600 other tiny flats just like yours. Go any larger and your monthly salary is gone.

Where I live today, it’s less than $1000 for a 2 bedroom house with a garden, front porch, trees, birds and squirrels.

But it’s not only about walls. It’s also about being a witness.

Where once I truly believed that the best thing in the world was oysters at J Paul’s in Georgetown … now I’m all about river levels and green grass.

I’m about watching leaves spring from nothing, turn to green, then dazzle with their final autumnal colours.

All just outside my door, and down every single road I drive.

Adding to all that, it’s because I am here that I also can be there.

When I started this post, my intention was to spin a story about how this poor wee cottage has become just a container for my stuff, a place to hold my books and hang my clothes.

However, after weaving it all into sentences and paragraphs, I think I may have to re-evaluate that sentiment.

Now THIS is why I write!