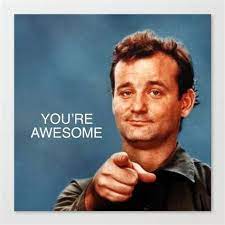 I have done everything, save one, that I needed/wanted to do once I got back from England.

The missing part is spending quality time with my Mum. That’ll be in about two weeks.

First I had to settle my new colleague in at work, which meant a visit to the Nation’s Capital. She’s all set. And I’m super excited to once again be working with a Rockstar.

Then there was finding time to get my car inspected. Check mark there; it passed.

The A/C, however, seems to be done unless I want to spend about $2,000 getting it fixed. When a mechanic tells you it’s not worth putting that type of money into a 12 year old car … it’s probably a safe bet that it’s not worth the expense.

Besides, I have a rule about costs. If somethings costs the same as an airplane ticket? It better BE an airline ticket.

Ah, well. 12 years in one vehicle is a darn good run, if you ask me. My previous car I had for 8 years. Which means I’ve owned two cars in 20 years. This fact amuses me to no end. Apparently, I’m not a car person.

Of course, there were taxes to file. Didn’t do too bad on that front. Getting a couple pennies back, enough to buy myself a nice bottle of wine.

Up next, I’ve got my post-Winter house treatment booked for Monday.

See, I live in an old cottage house. Sometimes, so do scouting ants and a few daddy long leg spiders. A quick spray in the corners usually keeps my unwanted visitors out for the rest of the year.

I’ll go up the mountains to see Mum after my Brother Joe does. It’ll be Joe’s first visit back there since he and his wife had to leave poor Ukraine. I’d love to see my Brother, but sometimes a son just needs some alone with his mom. So, I’ll wait until the house is a bit less crowded, which means just after Easter.

It’ll be lovely to see Spring bloom up in the Blue Ridge Mountains of Virginia. For sure Mum and I will take a drive or two around the hills and rocks to marvel at all the shades of green on display in the forests. It’s beyond pretty up there. It’s magical. Can’t wait.

After that … it’s back over to South West England by mid-May, thru to mid-June.

It’s a funny question for me to ask, about plans I mean, because I never used to make plans.

Plans made me nervous. Worse, people who made plans that included me, even more so. Something about making lists about the future made me feel like a caged bird.

And people who talked about the future? Ah, they were of two kinds: They were either lottery-winning dreamers. The ones who talk of all the things they’d do when they win the lottery, but never did win and therefore never did anything they planned. Or they were evil squares trying to harness my wild notions into a project timeline that better suit their styles.

Problem is that I took my gypsy-ness to the extreme. Running away from people and their plans, and living my life as someone who could pick up everything in two seconds and be out the door in five.

That philosophy is okay if you’re alone in a log cabin. But it’s not very fair, or very kind, to live a life that way when it includes other souls.

If I have one regret, it was waiting so long to soften the harsher part of how I viewed my role in the world of your tomorrow.

But I did do, and I’m a convert. Now I think lottery-winning-wishing-lists are fun. In mine? I’m buying small yacht 🙂

Oh, I still pack at the last minute, and leave today’s dinner menu in the hands of the Universe … but since toning down my hippy-world-view ways, I’ve discovered that a plan can be something AWESOME to have out there on the horizon as a means for a lovely share and wonderful listen.

And rather than anxious or tethered, the plans above make me feel happy and free.