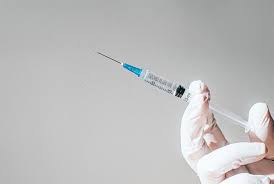 I’m on my 92 straight day of practicing French on Duolingo.

I can now confidently ask if you like this or if you like that; I can remind you of the time of day; and I can tell other people when you are eating one owl or eating multiple owls.

I received my first vaccination jab this past week.

I will admit I was a wee bit anxious about the entire process. Not about having a shot, that’s fine. But more to do with the fact that it was conducted in an actual stadium, amongst hundreds of strangers… and not being sure what to do or how to be.

The night before I did not sleep well. And the morning of I contemplated bailing, and purposely left later than I planned.

My fears were quickly abated.

From the moment I drove through Gate 4 to the time I drove out the parking lot exit … I did not have to think once.

Even to me writing that, it sounds an odd thing to seemingly brag about, but it was precisely what was needed.

Volunteers showed me where to park, even how far to pull my car up. Someone in a yellow vest every 20 paces pointed me in the direction to register. Once inside, a friendly lady confirmed my day and time.

After, another yellow vested volunteer pointed me to a left side of the building to a winding queue with maybe thirty people in front of me … soon to be 50 people following.

Then the registered nurse in booth Number 15 stuck me in my right shoulder, told me to drink lots of water, and pointed me to the opened side double doors leading back to the parking area.

It was an impressively efficient operation:

After my shot, I stayed maybe 10 minutes of the suggested 15 in my car. In the event of a side effect, we were told to honk our horns to alert waiting medical teams. None to report, I drove away from the stadium, back to the house, back to work.

Within 30 mins of leaving, I had secured my next appointment for the first week of May, at a new location.

One down. Cross fingers, only one more to go.

And that’s my jab story.

I know a few people who are considering not getting vaccinated.

One friend said they won’t because they know 7 people in Rhode Island who were vaccinated, who then hung out at the same party and now all have a contagious skin rash. Another told me he doesn’t know if he’ll get it because he doesn’t like people telling him what to do.

You do the math on the first one. Hint: Focus on ‘contagious’ and ‘hung out’. And the other? Well. As my eldest brother Joe says when he hears something stupid: Oh. What. Ever.

Personally, I don’t care the stance people are taking.

I do internally mind, however, idiotic logic coming from the mouths of otherwise intelligent human beings, of whom I both happen to adore.

But I’m not in the converting business. And I don’t run up on my friends that way.

And the two people I mentioned above? Well, I listened to their reasons. So for the sake of balance, I’m going to add mine to theirs below.

I do because I follow the science. I did so last March when they said “hold on,” and I’m doing so today.

I do because I want the economy to once again extend beyond Amazon deliveries on my front porch.

I do because I long to travel, and I want people to join me.

I do because three million.

And I’m gonna do it again.

Right now the World Health Organisation is reporting that I am part of a community of 751,452,536.

Now that’s a number I can stand behind, to behold.