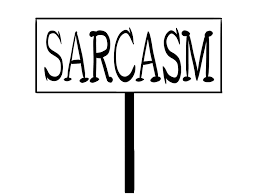 Having been blogging solidly for the past eight years (three almost exclusively here), with over 3,000 posts on my CV … I feel I could surely delve into my meadow of colourful words to angrily describe just how my poor diet, dream marathons, work blahs, weather sucks, and my need to be in Cardiff, Lisbon, Hagåtña, Hobot, and Marrakech … is adversely affecting my natural pleasant Humour and newly acquired Grace.

But I’m not going to. Why? Because things are presently out of my control.

So, instead, I’m going to have a go at Facebook.

I used to be a fan of all social media platforms.

For me, Facebook was central. That is, me, and 2.8 billion other people.

Hands up to the stars, I ADORED the connections to and portals into the daily lives of human beings around the world.

I got such a positive rush sharing my adventures in 20+ countries and almost 500 cities with my 250 connected friends.

I loved seeing people’s babies and puppies and Grandmas. I enjoyed the images of waterfalls in Tanzania. And I always always held a moment of silence when the ribbons were put up.

At first blocking was to ward off the evil people. You block them out to keep your “friends” in.

But then blocking got more notice when one of your “friends” went crazy with political quotes, and you just couldn’t deal with them anymore, so you turned them off.

Or you had that “friend” who never met a post of yours that didn’t require their comment. Hushed.

Or a co-worker “friend” quits and disconnects without a word.

High school again? No thank you. It was terrible the first time around.

I began to resent the way FB was making me feel about me, and think about others.

So, about 6 years ago, I consciously backed away from the social media giant.

I erased my auto login and password. I deleted the icon off my phone. I removed the bookmark from CHROME, and cleared my browser history.

I went dormant except for a rare upload here and there. Then I got more involved when my Dad went up to the Heavens in January 2018.

Some time mid 2018 I thought I would give FB another try.

Within 24 hours, I regretted my choice.

Or, one better … giving me access to the friend I used to be married to as he sits with his girlfriend on our balcony furniture next to my praying garden buddha.

It was like I walked in on a cult of teeth, Hawaiian shirts, and toes. Who are these people I am not touching?

Unless you put in the effort, with Facebook, it’s all or nothing. Or you’re back to that blocking nonsense.

And whilst I did enjoy the pics of my nieces and brother and sister-in-law, the other stuff made me wonder if being on Facebook was something akin to self-inflicted mental cruelty.

Because it all seemed to register in my brain as being so intrusive. So in your face too close for my comfort level. But more importantly? 99.5% of what I saw stood out to me as being 100% so not my business.

Now, I am fully aware that I place dark weighted burdens on things that others find light, playful and airy.

I find the same can be said for entertaining Facebook.

I’ll even suggest that my fall out with Facebook could have been the inner workings of an immature mind unable to eat around the disgusting raisins sprinkled throughout the lovely mashed potatoes.

Further, I’ll contend, that perhaps I could have cultivated a more adult-like detached emotional state with my FB Wall so I could have enjoyed the images of my nieces playing on their swings and scroll past the rest.

You know. Grow up. Don’t absorb everything and consume everyone.

That’s about as much as I’m going to blame me here.

In reality, my attitude about Facebook is similar to Michael Bolton’s from Office Space about having the same name as the singer Michael Bolton:

Samir: You know there’s nothing wrong with that name.

Michael: There was nothing wrong with it until I was about 12 years old and that no-talent ass clown became famous and started winning Grammys.

Samir: Hmm… well why don’t you just go by Mike instead of Michael?

Michael: No way. Why should I change? He’s the one who sucks.

Ummm. I wonder if it’s too late to take a nap?