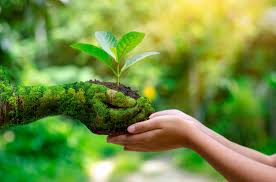 I went up to the Blue Ridge Mountains of Virginia, to spend a couple days with my Mum, nephew D-Man and brother Fred.

I was also looking forward to dropping a few of my recently acquired life ennui points.

My 3 hour trek up the mountains began around 11am in a 2021 rental I picked up the day before.

Whilst I liked the exterior look and interior cabin space of my Ford EcoSport, the engine pick up is wanting and the mid-sized SUV doesn’t do well on inclines (half of the trip is going up).

It’s a solid selection as a rental, but it won’t be on my upcoming vehicle purchase must-have list.

The route getting to my parents’ homestead is a cathartic trip. No way around it, pretty does not even begin to describe the scenery.

In my own words, I say it’s a blend of hush, mystic, and blue … with a hint of Japan for good measure.

That evening, my Mum and I had reservations at a boutique establishment that my Dad, Mum and I discovered about 6 years ago. I booked us the same table we sat each time we dined there. It was our first reservation at that place in 3 years (that’s when both my parents got sick and other priorities took precedence).

My Mum began with a glass of Chardonnay whilst I had a proper ‘ole Dirty Martini (gin, of course).

I also ordered my Father’s favourite drink, their heavenly house coffee, and placed it in the middle of his seemingly empty place setting. The staff graciously informed us the coffee was ‘on the house’. Even in another Universe, my Papa charms.

The duck was divine too.

Solo, I took myself on an extended winding drive up a Southwest crest of the Blue Ridge, to a place called Rocky Knob.

Up there, I am free to be anonymous, not under a microscope. Up there, it’s an honour to be so tiny.

Later, Fred arrived with D-Man, and the four of us watched Peru v Paraguay followed by Brasil v Chile. We then switched it over for Game 3 of Tampa Bay v Montreal.

We are a sport fan family, most if not all of us. Football, soccer, baseball, rugby, basketball, volleyball, hockey, tennis, hurling, curling … you name it … we’re on it.

Day 3 – After a Wimbledon morning (see what I mean?), Mum and I drove about 45 minutes through remote roads to a winery surrounded by foothills and lavender.

It was my first time to that winery, so I did a tasting of two dry whites and one Rosé . All good; I very much preferred their lighter white over their unoaked label. The aroma, look and slight floral aftertaste appealed to me. So much so, I bought a case to share with Mum and Fred.

We stayed just under an hour, as a wedding was about to begin, and took a different long way home.

When we got back to the house, I saw that I was sold the unoaked wine instead of the one I asked for. Sigh.

No matter. It won’t go to waste. That being said, I’m going to ask my local vintner if they carry or can get the other one regardless. I’ve learnt this along the way … When able: If you like a wine, buy a case.

In the morning D-Man and I caught a few rounds of the Irish Open, and literally a few minutes of the Tour de France.

No kidding, it was fun and funny.

A skosh before 2 I was back in my EcoSport rental for the three hour drive down the Mountain and to my waiting poor abandoned wee cottage.

The drive, by the way, is just as meaningful in reverse.

Around 5:30 I poured myself a glass of the wrong wine and WhatsApp’ed my BFF in England. We ended up chatting until it was almost midnight his time. I have Monday off. He had to be at work at 6am. Whoops.

Finally, around 8:30 pm I was joined by my Brother Drew, my sis-in-law Reba and my Namesake niece, to watch the fireworks from my front porch lawn – along with about 50 other strangers, who stopped in their place when the light show began.

Last night Drew and Reba’s invited me over for an out-on-the-grass Greek dinner. Besides the fact that I like Drew and Reba very much, there is NO WAY in the world would I turn away a Greek meal freshly prepared by any one of my family members.

We grew up in Greece. We understand how this works. We even appreciate Retsina.

Familiar aromas. Freshly prepared dinner. Lovely weather. Family. Oh my, does it do wonders to and for the Soul. This one in particular.

And on an unexpected bonus day to boot!

I believe that makes it: