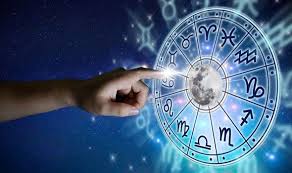 Yesterday evening I rang up my long time friend, someone I’ve known since I was a teenager. She didn’t recognise my voice, my special nickname for her, or my name.

Fossil (that’s her nickname) did figure out who I was after about a minute or so, but she sounded so fragile and so unfocused.

From what I could gather from our 10 minute chat was that her son and daughter were there beginning the process of moving her over to her son’s house so he and his wife can better care for her from here on out.

I knew this day was coming. I know Fossil knew too. But not yesterday. Yesterday she couldn’t place me, or track the commotion downstairs.

And now she is leaving for something new. Everything will new. Fossil doesn’t like new.

Fossil’s number and my parents number are the only two telephone numbers I know by heart. I’ve always been able to reach her at that number. She’s always been at that house.

For 34 years she’s been Fossil and I’ve been her Floss.

I did manage to get a few laughs out of my friend before we said our 3,000th ‘I love you Fossil, I love you Floss’ goodbyes.

Oh, how I could feel throughout my entire being the silence after that call.

After we hung up, I went through a box of photographs in the living room, looking for the one with Fossil’s hands on either side of her head, sticking her tongue out for the camera.

I couldn’t find it.

Instead, what I did find were pics of my cousin K, who I haven’t heard from in over a year. And not for not trying. I’ve emailed, texted, rang. I just haven’t been able to touch base with him.

So, feeling down about Fossil, and with K’s goofy image in front of me, I did something I have never done – I got a hold of my other cousin, and asked her what’s up with her brother.

Now, my cousin D is very private person, and she hesitated slightly before explaining, very reservedly, that K’s been dealing with heavy medical/personal stuff these past 18 months, and he’s chosen to tighten the walls of his inner circle.

She didn’t say it this way, but the message was clear: I would have known this had I been inside the gates.

She said a few other things before rhetorically asking: Can you blame him?

By that time I was feeling so uncomfortable for engaging in a conversation that fit none of styles, that all I could say was No.

No one comes off well prying.

Let me point out that D was being awesome. I was not.

When a person doesn’t respond to your repeated call outs, nowadays it’s absolutely on purpose. It sucks, but all you can really do is move on.

This one, though, I hadn’t been able to process until last night.

Because my cousin K is the only member of my family with whom I have never had to explain anything to,. He just gets it.

Because K has always been a presence in my life. Always right there on my peripherals.

And whilst I haven’t always agreed with my cousin – I accept every corner of him, 100%. He’s that good of a guy, and a solid force.

Because he’s been a charming combination of a 5th brother, a cousin, and soul to soul friend.

I understand that, as we move through this life, that we have to let people off our boat. For whatever reason.

It just never occurred to me that this was an option for K and me.

Like the call with Fossil had, this K realisation left me emotionally weighted.

So I turned the lights off, turned a podcast on, and let myself fall into a dream.

Today I am finding a spot in my life to put these two powerful people and these two very powerful facts.

It took the better part of this morning, and now this blog post, but I think I’ve managed a good start.

For my dear Friend:

Accepting that Fossil’s new chapter is in a world that knows not a Floss sitting on her front step, sipping wine and listening to tales about Tynemouth, Singapore and Mumbai. Or gardening with her husband Pashi. Walking Duchess and Tootsie in the woods. Watching her old movies together. Dining on her dishes of Basmati rice and Yorkshire pudding. Waking up in her peach coloured guest bedroom.

Something more simple and direct: Respecting K’s path enough not to trespass.

We made for some great adventures.

And we’ll always have Donegal and Paris.

Here’s looking at you kids.