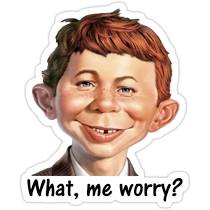 Well, my tickets for England have finally been secured. I’ll be gone about 20 days, ’til the end of September.

Prior to going, 3 days prior to be exact, I’ll need a COVID test.

It will be my first.

Geordi , my awesome BFF co-worker, had his done on Thursday for his trip to Jamaica next week. He said the test was not so awful, and he did via drive-thru at his local CVS.

He said it was easy: You schedule an appointment. You pull up to the pharmacy window. Get a kit. Whilst in your car, you swab each nostril for about 15 seconds. Seal the stick in a box and bag, then hand it back through the window.

Two days later, you get a text with your results. Cross fingers it’s negative and off you go!

After hearing it from Geordi, I feel confident in getting mine now that I have the COVID 4-1-1 on the what is the what, as I like to say.

Also, Geordi has such a fabulous way of putting things in their rightful place.

He tells things in very few words, and from experience. So much so, you walk away kind of believing you’ve always known what was previously unknown.

I know, right? And he never makes you feel less than for not knowing.

By the way, and as is customary in my posts … Geordi isn’t my co-worker’s real name. It’s a nickname I gave him after Geordi La Forge from Star Trek, played by LeVar Burton.

See, I work on Portals for a living. Which means I collect information that centralises processes into a standard, de-individualising routines into a single source, assimilating the masses and wiping out rebels.

I joke that Portal has made me able to empathise with the Borg, that menacing cybernetic entity who is the enemy of Starfleet, and all those who have their own thoughts.

But I’m not all in with the Borg … I am also similar to that lone sensitive questioning machine from the Portal, er, Borg, who speaks to Geordi, and learns what it means to have a friend.

I can and have taken this Star Trek analogy down many a rabbit hole during many a times. But I’ll stop here and just say that is why Geordi is called Geordi here … because I am Hugh.

Though today I’m a wee bit concerned I don’t believe my BFF’s ‘not so awful‘ comment about taking that COVID test.

Because last night I dreamt I was in a clinical room with people self-sticking long q-tips up their nose, and enjoying it.

At one point the nose assaults become too COVID graphic for my subconscious to deal with that I woke myself up … just in the nick of time.

But I’ve decided I am not going to stress about that test just yet. Hell, I’m not in the window of opportunity to even make an appointment (you can only book a timeslot 13 days out).

Isn’t it illegal in some countries to stress out on the weekend?

So, I’m sticking to the now.

I did have a plan to head back over to my office to do a Portal update for work.

I made a small tool to help track schedules more efficiently and fluidly (Borg anyone?), and I thought I might have it ready for use by Monday.

That being said, and judging from the time, it looks like the Universe opted for me to instead work on my New York Times puzzles, take a few French lessons, catch up on Instagram … and enjoy a minor brunch of bacon, tomatoes and extra strong coffee.

The Portal update will have to wait until tomorrow. Sometimes, even I do not question the Prime Directive.

Side note: Geordi rang earlier, leaving me a voice message that said his result came back negative. Yay!