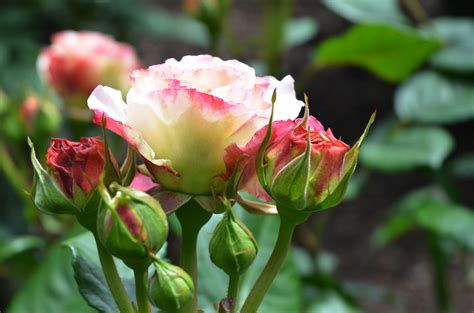 By dear friend passed away Jan 4.

Today is the first day I have been able to let myself feel what this loss truly means.

I first met Fossil (my nickname for her) when I was around 16 and she was near 60.

She, her husband and two older teenage kids lived in the house facing ours in a town outside of Washington D.C.

We had just moved from Greece, and I was that homesick kid sitting alone outside on the front step, watching ants cross the sidewalk.

One day the lady with the English accent from the house across the way invited me over for an afternoon coffee.

We sat in her kitchen talking about my life in England and Greece, about her life in Singapore, India, Tynemouth, and foggy London … about mutual interests in literature and movies … about the roses in the garden … about Wimbledon.

It was soul-saving that afternoon, And I knew it almost instantly.

Over the next 30 years, we formed two halves of an elite club that was absorbed by her entire family: Her husband, son, daughter, grandchildren, cousins, nieces, nephews, sisters, brother, mother-in-law … I mean keep going.

She became the voice in my head. Not as a bonus Mum. Not as an honourary Aunty. Not as substitute for a missing polarising female in my life. Not as a morality gauge.

No, more as a kindred spirit: She showed me respect. She watched me mature. She celebrated my traits. She talked me through my vulnerabilities. She called me out on my failings. And we shared so many stories.

For years our club met in person at her house. Then the last ten she was an hour long phone chat, usually on Wednesdays and always after she finished Jeopardy … both us topping up our wine glasses not a few times over.

In between I lived with Fossil and family, twice.

First time was during my “gap year” between high school and college, so I could work locally. The second time was in my late twenties. That time I stayed for almost 4 years.

Fossil decided early on that the old sewing room called the “Peach Room” was to be my bedroom. She felt that I should always have a spot of my own in her house.

If I wanted to plant in the garden … any place I could find a spot was just the right spot for whatever I wanted to grow.

We took holiday trips to Ireland, to England, to the Outer Banks in North Carolina. Sometimes with repeated visits.

And I practically lived in her library. One summer, I read 32 novels from her collection. Often I would just sit on the carpet with a larger book, looking through pictures of Gandhi or Churchill or architecture in India.

And Fossil’s life tales often found me saying to her: Wait, wait, wait … What?

Like: Working at Heathrow and having to escort the Rolling Stones through Terminal 1, thinking they were the ugliest smelliest Englishmen she had ever seen.

Like: Flying off to Rio for a secret weekend with her beau turned husband (both worked for the airlines).

Like: Working as a personal secretary for a friend of hers who also happened to be Dr. Who.

Like: Seeing the sun and moon at the same time over Jaipur.

Last week her son Nick sent me this pic of Fossil.

I remember Fossil showing me the series of photos that accompanied this one.

I had forgotten about it until Nicky texted last week. It absolutely embodies everything about her: Graceful. Commanding. British. Poised. Special.

It’s the photo I will put in my reading room. A fitting place.

Nicky and his wife worked in her nickname in the opening line, and followed it with a lovely tribute.

It made me smile to see Fossil’s name in print. A wink and nod.

I am fully aware that I will never get over not being able to pick up the phone and say “Hello Fossil” to her “Oh, hello Floss, how are you darling?”

And my heart is broken.

But I still can hear her, as I have this entire time, as the beautiful kindred voice inside my head.