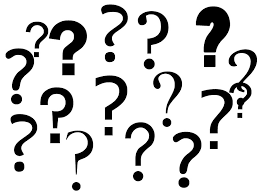 I don’t usually ‘get’ Hollywood. This morning is no exception.

1. Why was Rita Wilson awarded a star on the Hollywood Walk of Fame? Ms. Wilson comes off charming on talk shows and sound bites. And she’s part Greek, so yay. However, she’s a minor player in tv, film and song. Her CV comes off as selective more than impressive.

I thought you had to be the crème de la crème of the industry to be walked on in Hollywood?

2. It was reported that Janet Jackson ‘opted’ not perform at the Rock and Roll Hall of Fame, for which she was honoured. Ms. Jackson does not have a natural singing voice.

Like Britney Spears and the Backstreet Boys, I cannot imagine anyone would want to watch them attempt a live performance. Why studio performers are confused with stage performers is beyond me. It’s not a choice.

Look, I understand Zac Efron can sing in a movie, but that doesn’t mean I believe he can carry a tune on Broadway.

3. I wish the universe would ban Guy Ritchie from screenwriting. Mr. Ritchie ruined what could have been a franchise with King Arthur. A solid cast and superb cinematography, that first and only film with it’s atrocious dialogue is unwatchable. What a waste. I wanted to see Charlie Hunnam grow into that legend. And Sherlock only worked because Robert Downey Jr. is that good.

Aladdin looks to be a sigh of relief, but I’m concerned about the scenes not in the trailer.

4. Why do women spend 1,000 times over 1,000 in clothes, hair, make-up and jewelry, just to stand on a red carpet turned around? And when they are photographed facing the cameras, they have their legs crossed as if late for the loo.

I’m sure it has something to with posture and toned backsides, but it doesn’t make sense that women are doing this:

5. Oversized characters. Oh boy. How often is overweight shown as someone uncontrollably stuffing their face, sloppily dropping (and leaving) food on their clothes … incapable of using cutlery? And acting like this throughout the day in every. single. bloody. scene?

Here’s where the wall breaks for me:

I see that and I see lazy writing.

I want to remind the industry that Jane Fonda threw up for years to stay fit’, so did Portia De Rossi so did Princess Diana so did Calista Flockhart so did Demi Lovato so did Russell Brand.

Are super skinny characters shown puking to further a scene? No, of course not.

A little balance here would be most welcomed: It takes eating one high carb meal once a day to hold onto and gain weight. I’ve never seen anyone eat pasta with their hands. Have you?

Admittedly 4 and 5 have been swirling around the brain for sometime now. But 1, 2 and 3 flew in organically after my first cuppa.