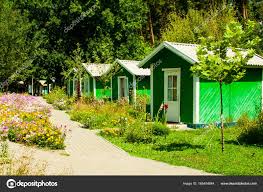 The other night, at 12:25 am, a guy crashed his pickup truck on my property. Had his vehicle been 10 feet over, it would have smashed into the corner of my bedroom.

When I went out on the porch to see what had happened, a stranger came over to my front steps and wanted to know if I was going to call the police. When I pointed to the smashed pickup truck on my lawn, his response was: Yeah. And?

I honestly had no idea what to do. So I rang 9-1-1. It was the first time in my life I used that number.

I didn’t have to say much. The dispatcher asked how everyone appeared to be doing. I said there were people looking at the driver’s side tyre which was at a 90 degree angle.

The last question the dispatcher asked was if I wanted to be interviewed afterwards. I said: No, thank you. And with the approaching siren noises growing louder, I went inside.

I learned the next day that the guy in the truck and the stranger were acquaintances of my next door neighbours. I was also told that the driver had been drinking.

I live on a working class residential road. Cars are absent during the weekday. On weekends, folks can be seen out about with their dogs and young kids. A friendly spot, most say hello if eye contact is made. Generally people mind their own business.

I mind mine too, as it’s not in my nature to consider the lives of private citizens. I stay within my boundaries and keep the property tidy because, as my Dad taught us, trash begets trash so pick up trash. My brother Paul does me a solid by mowing the lawn.

When the tenants moved in next door about eight months ago, they have been nothing but attention seekers.

From their questionable guests casing the street, to the screaming arguments on the lawn. Trash literally vomits out of their door. Unleashed pets use other people’s properties as their playground and toilet. They have a car that is held together with grey duct tape. There are spoons in the alleyway between my house and theirs …

No matter how hard I try, I cannot ignore them.

I don’t know what they are up to. Oh, I have a few guesses. Strangers walking by have speculated. The guy who treats the outside of my house for mosquitos has an opinion. Paul has a guess too. Paul’s buddy Sonny, who lives a few blocks down has a phrase for their activities, it rhymes with brack mouse.

When it comes right down to it, my newish neighbours’ lifestyle stresses me out, and at least once a month I wish I would win the lottery (which I do not play) and live on a small yacht far far away.

The pickup truck incident was unnerving. The potential for what that accident could have done to this house or to me is disturbing. But what has me more surprised is how pissed off I am that I had to use my first 9-1-1 call on them.

I have/had a saying: I’ve never done drugs and I’ve never called 9-1-1 (never been to jail is implied here).

There was a third saying: I’ve never known anyone who’s been shot. That went away when a colleague of mine went out to a D.C. club and got hit by a ricocheting bullet.

Then there were two.

Drugs have never been my thing, not even as a curiosity. I don’t believe I’ve ever seen a drug up close and personal, and that includes the one that is becoming legal in many states. I’m not casting judgement for what others do or have done, this is my wheelhouse and I don’t indulge.

Emergency services I consider special. It’s a private call for a dire purpose for people in a desperate need, and the expectation for the performance of everyone on the other end of that call is enormous. I don’t care how other people use that community resource, but I consider those three numbers on my phone sacred.

I love my neighbours because they are creatures of this Earth just like me. However, I am angry that I had to use my second to last mantra card on those idiots because some drunken moron skidded his car into my property at midnight.

Now there is only one ‘card’ left.

I thought about that last bit I wrote. I’m okay with my sentiment, but the message is wrong. When I’m wrong I’m wrong.

I maintain that it is valid that I am annoyed that my dumb neighbours and their equally unimpressive visitors keep dragging me into their story.

Upon reflection, however, my first 9-1-1 call sidelined a drunk driver who could have done serious damage to more than just my grass. This makes me beyond okay with being down to my now one ‘card’.