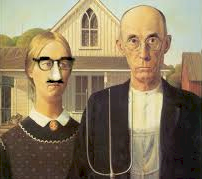 Michel Foucault posed the philosophical question: If society does not abide by a law, can that law still be considered a law?

One view is that a law that doesn’t ‘take’ is not a law. It’s not even a failure. Law is, period. In the absence of law, what you have is a collection of words that tried their best.

I ask myself the same question about a joke. If no one thinks a joke is funny, can it still be considered a joke?

I used to tell people I sold my sense of humour when I was 13 and have been looking for it ever since. It was my rascal way of making it my problem that I didn’t find someone funny.

Holy shit. I finally had to fess up that I was just kidding.

Fifteen years in and I’m still apologising for cracking wise about creating a fictitious financial transaction between an unknown buyer and my full blown sense of humour.

How’s that for funny?