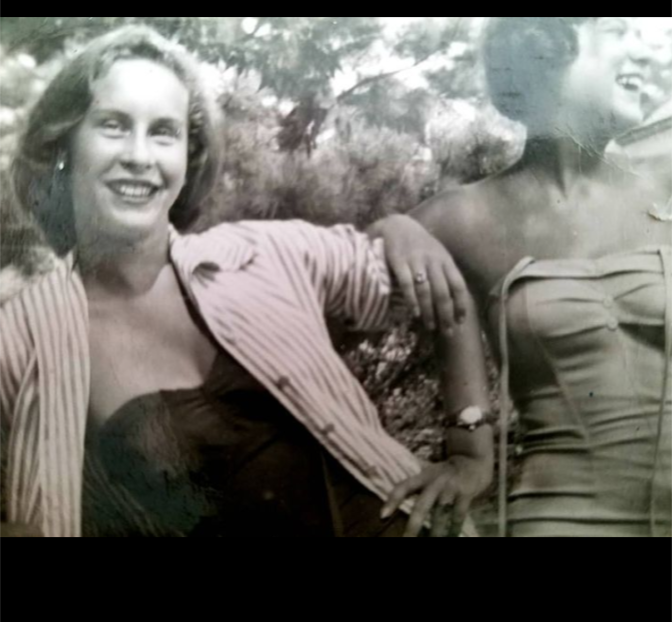 I wrote my Mum’s obituary yesterday, which will go into the local newspaper this Sunday.

It took me about 40 minutes to construct.

Then I read it to my cousin and two brothers for their input and corrections. Then I sat with it for most of the evening, tweaking a word here and there.

Oh, and I cried each time I read it outloud, and another time before finally falling asleep.

I hated writing it.

I love how it reads.

Elizabeth [—] McCauley of Christiansburg, Virginia quietly passed away at Carilion New River Valley Medical Center on June 1, 2022, attended by her children. She was 81 years old.

Catherine Elizabeth [—] , known as Elizabeth to her family and friends, was born in Charleston, South Carolina on May [—] , 1941 to Joseph and Catherine [—] .

Elizabeth and her older sister JoAnne grew up among the pecan trees and coastal waterways of Charleston, often spending their time at Folly Beach to catch crabs and collect sand dollars and shells.   She and JoAnne had a close sisterly connection and an enduring friendship.  As older adults, she and JoAnne had a standing appointment together at Miss Mary’s Hair Salon near JoAnne’s home in Watkinsville Georgia. Southern ladies through and through.

While working as a data operator for Motorola in Charleston, Elizabeth met Massachusetts-born Roger McCauley, and on January [—] , 1965 she and Roger married at St Mary of the Annunciation Catholic Church in Charleston, with Jimmy McCauley serving as best man and JoAnne [—] serving as matron of honor.

The wife of a Foreign Service Officer, Elizabeth raised her family in the United States, England, and Greece, before settling down with her husband in the New River Valley community of Christiansburg.  Always active and social, retirement did little to slow them down, and Roger and Elizabeth continued to travel throughout the United States and Ireland.

An ardent admirer of the outdoors, Elizabeth had a remarkable green thumb and an equally impressive garden.  When inside, she used what she grew to make homemade dishes for family, neighbors, and guests.  She loved literature and history and absorbed at least a novel a week.  She read so many books, her online book subscription couldn’t keep up with her pace.

Even with all the travelling, cooking, gardening, reading, and raising kids, Elizabeth made time for her friends, of which she had many.  And the dear friends she met along the way, in every place she visited and lived, she made for a lifetime.

In addition to being a wife and mother and friend, Elizabeth was a devoted aunt to Donna, Deena, Wade, Kevin, Melanie, Emily, Taylor, and Joseph.  A loving godmother to Donna [—] and Ethan [—] .  And the proud grandmother of [—] .

Elizabeth was predeceased in life by her husband Roger of Christiansburg, and her sister JoAnne and brother-in-law Donald [—] of Watkinsville, Georgia.

A private service will be held for Elizabeth at her beloved Folly Beach in South Carolina.