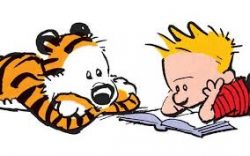 Listening to my favourite out-of-Vancouver podcast, Stop Podcasting Yourself, with Graham Clark and Dave Shumka … the lads and guest, DeAnne Smith, are talking about sayings they heard growing up. It’s reminding me a few of my Dad’s go to phrases.

If you can’t be a booster, don’t be a knocker. His way of saying if you can’t say something nice, say nothing at all.

Hey is for horses. I’m fairly certain this was borrowed from every other Dad in the English speaking world.

Never trust a man from Cork. This is an Irish saying from the people up in the Northern part of the Republic about people from the South. I have no idea where this came from and neither did my Dad. But when he met a person from Cork, he’d bring it up with this intro: “You know what they say about Cork?”

Don’t say shut up. I never heard my Father curse. Not once. He never said hell and never took the Lord’s name in vain, and he didn’t allow the words shut up to be spoken in the house.

Dogs get mad, people get angry. To this day I am always angry, never mad.

This was the big one: “She broke her leg and we had to shoot her.” My Father’s response every time one of his 5 children independently asked him: “Where’s Mum?“