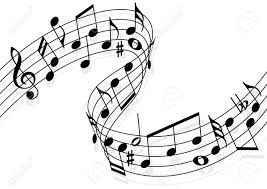 I was late to the music scene, outside classical, Zeppelin and Queen.

I mean I was aware of music for sure. But songs to me were background noise, not something to absorb.

Okay, maybe Rush I got early on …

My first music concert was Tchaikovsky’s 1812 Overture at Royal Albert Hall in London. I think I was about 8.

And throughout my brother’s time on the punk rock scene, I was next to the stage, with ear plugs, supporting Drew and his green spiked mohawk.

My friend Mike Z took me there on a date to see Gwar. HIs buddies thought he was nuts taking me to a Gwar Concert. I’ve never seen anything like that in my life, and I loved every minute of it. And now I get to say that I’ve see Gwar live.

But it really was when I got exposed to how JB took in music, that I saw music beyond just its 3 minute time slot on the radio.

JB owns like a thousand CDs. And he knows where each one was bought, and why. And he can pick out an album simply by the colour of its cover.

If that sounds a bit like High Fidelity … it’s not a bit, it’s note for note just like the movie.

Added to that, JB introduced me to the life style that is concert-going, which included me seeing a few times over The Old ’97s,The Shins, Steve Earle, Lucero, Lucinda Williams, Ted Leo … to name a few.

I came to understand that every lyric, every voice, every arrangement, every instrument has a story, and a point.

And they follow the old saying: Art DOES NOT apologise.

Which loosely translates to: It’s all there for a reason; figure it out.

Since then, I’ve been a fan of singer/songwriters.

I love researching music. Going into new genres blindly. Checking out the past. I even get into the album artwork. And I love my collection of tunes.

Day for Night by The Tragically Hip.

There’s a running joke that, in order to become a citizen of Canada, you must know the following answer: Who are the 3 Gords of all time?

The correct response is: Gordie Howe, Gordon Lightfoot … and Gord Downie, the late intellectual lead singer of The Tragically Hip.

The Hip, as they are also known, are a national treasure for my neighbours to the north. Nautical Disaster on this album is one of my favourites.

What can I say? Je suis Canadien.

Two days ago I realised I know basically nothing from Jimi Hendrix’s catalog.

My apologies James. This morning I fixed the glitch.

House by Shout Out Louds.

I’ve owned all of this Scandinavian band’s albums, and now I have their latest, which was released this past February.

Those two facts combined makes me, in my book, half Swedish.