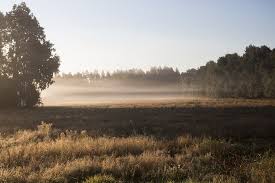 With the 1,950 mile road trip under my belt, I arrived back at the poor wee cottage early afternoon yesterday. No drama, only the impatiens in the window boxes seemed to have suffered. By evening, a few doses with the hose seems to have lifted their spirits. Also, it looks like my Brother Paul cut the lawn whilst I was away. Thank you Paul!

I managed to stick around for about two hours before heading over to my local for a late lunch and what ended up being a hang session with Gia, Fisher and Ollie* … three funny ladies who work there, and, when not working, are patrons.

*As with all my posts, all names have been changed.

Good people, I’ve come to enjoy their company. And boy do they have stories. Nothing crazy … just tales of being late-blooming harmless juvenile delinquents, all told with comedic twists that only well grounded adults who can laugh at themselves tell. A common theme seems to be breaking into an outdoor community pool after hours to go skinny dipping. I’ve got the skinny dipping part; I just never had to break into the Aegean Sea.

That last road trip has left me feeling solid. Besides helping my parents neighbours / friends get their second vehicle 973 miles north to their new house, that trip also included my Mum as my wingman, which allowed her be a part of her friends’ new future in New Hampshire, and not someone they left behind. It’s left me with a warm feeling.

My Dad would have approved, which is gold in anyone’s book.

Not completely unselfish, I was all in on my New England experience. Kissing the Atlantic Ocean with my toes at Hampton Beach stole my heart, and in Dover, Christopher’s Third Street Grille‘s Danish-Style Lamb Chops had me at hello.

On my solo three hour drive back to the house, and with my new work start date still pending contracts, I formed what I’m calling Road Trip 2019 Number 3.

The first of 2019 was to Winston-Salem. The second to New Hampshire. The next? Jackson, Mississippi.

My instinct has me flying over to Ireland, but I don’t want to be out of country if I have to jump for work. However, I don’t want to spend the Summer hanging around waiting by the phone and/or email either. Work will happen when it happens.

With this ‘nice’ problem to have, by last night my next adventure was already in the works. It looks something like this:

I’m aiming for the end of June to be in Mississippi to see one of my oldest friends, Angie.

A longtime friend, Ang is one of my Core 5, a group of people I mostly met in secondary school in Greece and with whom I count as the dearest people in my life.

That Core 5 comprises of Han, Elsa, Rinna, Kathy and Angie. Han’s in Prague but he often comes to the area for work. Elsa (the only one I did not meet in Greece) is in Atlanta and she was just here. Kathy’s in Nashville, I saw her not too long ago. Rinna’s in Vancouver, she’s next.

I wanted to work in Kathy on that June trip … but she’ll be in San Diego on business. I think I’ll still swing over to her neck of the woods just in case she gets back early.

I’m sure the route will change, as will the days, but it’s a plan that is coming together nicely. Something new mixed in with friends. I’m excited.