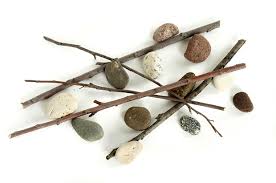 I haven’t written in awhile.

For one thing, my mind seems to always be at my day-job, both awake and asleep. So much so, the number of nights this past month that I’ve dreamt about database pivot queries is embarrassing.

And second, I don’t have anything to write about that doesn’t lead me towards complaining about house claustrophobia, people’s dumb conspiracy excuses for being jab-less, mask acne, my car, and the lack of United flights to Dublin.

Rightly or unjustified, it’s too easy to complain about people and stuff.

I have to check myself for sure on this front, and remind this SELF that I don’t say often enough when people are being awesome and things around me are lovely. Also, a lot of times the “bad” simply aren’t worth the words.

As my darling Papa tried to teach us: If you can’t be a booster, don’t be a knocker.

To quote someone I’ve never quoted before …

I never knew until I saw this on Instagram that I had anything in common with the guy from Princess Bride. Learn something new every day.

Following Andre, I too have a rule about whining.

If I am to file a complaint (either online or to the heavens), then I have to post or say at least 3 positive things first.

Begin with a trinity positive stones, so when a fourth one comes along, in whatever shape, it sits on perspective.

Right now I have 2 of 3 such stones, and they’re not very stellar.

That’s all I’ve got.

Oh, I could throw in that The New York Times spelling bee section this morning labelled me a GENIUS. But that’s not me being complimentary – that’s just an online paid service stroking my Ego for having an expanded vocabulary.

Which means my long-winded blog story about climbing the walls on what feels like Day 875 will have to wait another day.

To be fair, it wasn’t that great of a story.

P.S. I’m going to work on my plus stones … promise promise.