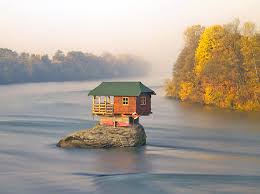 Current Thought: If by the end of July quarantine restrictions in England have not been lifted … then I’m going to England anyway.

I’ll find a cozy hotel, perhaps overlooking the water (not hard to locate on an island) … and wait out my time until I am free to move about the country.

It was another long week last week. The phrase ‘never ending’ seems to come to mind.

Everytime I turned to do something else, I immediately turned back to my desk and monitors and my split screen applications.

I was in a dizzying 365 degree mode. Not a forward-bounding 180 one. And somewhere in between chasing my own tail, Summer arrived.

The soaring temps and humidity should have been a clue, but I was too busy to notice.

I’ve also been a wee bit bummed because my eldest brother Joe is visiting from Eastern Europe and I will not have the chance to see him whilst he is here.

I saw brothers Drew and Irish Twin when we dined at Drew’s in late May. I saw brother Fred earlier that same month. Joe though? I’ve not seen Joe since 2019 when he moved away for his job.

Oh, we keep in touch regularly. It just would have been good to see his face.

Funny, the more time he spends over in Europe, the more German he looks. Sorry Joe, you be about 100% Irish as they come in America.

Speaking of brother Freddy. Next week is a short one for me as I am driving over the mountains on Thursday to visit with me Mum and Fred for a few days. That will be a welcome break from here and a good time spent there.

That evening I will be escorting my Mum out to dine at a fine restaurant she and my Papa and I discovered about 6 or 7 years ago.

The restaurant is a lovely boutique spot. Unique to the local area, where brand names rule the dining culture de jour.

Its interior is intimate but not too close. The wine selection outstanding to pair with the entrees. And the menu superb and sophisticated, with dishes like: Duck Bolognese – bucatini, chorizo, herb pesto.

The first time we went was the restaurant’s opening year, and we were there for their ‘soft opening’ and my parents anniversary.

We enjoyed it so much that it became my parents’ place to go every 30 January.

The following two years, the staffed remembered us and our table.

It was Mum’s request to go back there, and it will be my pleasure to join her.

It’s been 4 years since we were there last, and I did request the same table. We’ll see if they can accommodate.

No worries if not, Mum and I will make a new memory there… this time it will be Summer, and perhaps at a table for two-only this time, but we’ll be sure to set a place for our 3rd Musketeer regardless.

Depending on weather and me getting the A/C charged in my old Audi, I may have to rent a car for this trip. I’ve decided I don’t mind. It’ll do me good to drive something new, and also give me an opportunity to check out 2021’s amenities against my 2008’s.

BUT! That is next week.

Right now? Right now I am treating myself to a lazy weekend, and giving my brain a few days off from databases and web designs.

My robotic career can be overwhelming at times, so I have to watch myself. I know my limit is being matched when all my dreams are dedicated to writing SQL queries.

That’s when I know it’s time for a mental break.

When I let myself off the hook and slow it down to human levels, my dreams go back to their regularly scheduled life-ennui-conundrums and I feel harmonised again.

Take yesterday for example, one night off and my binary dreams were replaced with a dream about a builder I used to know named David.

I first and last met David when I was 27.

Somewhere in my collection, I have one photo I took of him the first moment I met him on a house building project.

He’s standing on the roof of the house, looking down at me through a large hole in the living room ceiling, wearing a baseball cap, sunglasses and a smile.

The house being built was a module home. It arrived by truck, assembled 4 hours away, in 6 large sections. It took six days for visiting crew to put together. That’s about how long I knew Dave.

I was there filming the event for my company, a residential builder. It was the first module home my bosses ordered. And it was the first time I saw a house come together in pieces, unless you count lego houses, then I’ve seen plenty.

The entire process was fascinating.

From the crane swooping a large wooden square across the sky … to it placing the box down on it’s mark … to the crew connecting it to the other squares.

One square. One day. By the afternoon they were done, then they’d come back and do all over again the next day. First it was the kitchen. Then the TV room. Then the bedroom.

I have fond memories watching that sectioned pre-ordered house become a teal-coloured new home for my dear friend Pat.

I love that engineering kind of stuff.

David was the lead foreman of Pat’s module house construction, and a solid one at that.

He was also an accomplished flirt.

I’d like to think David’s attention was only towards me, but I suspect he was that way with everyone.

His flirtatious manner, like those raised well in the South, only came across as charming and polite, and never breached etiquette, safety or interfered with the job.

We did little to ignore the obvious whilst I filmed as David built.

Pat’s project didn’t last long. Not even a season or a call back.

And when the final nail was struck, everyone vanished, like smoke in a breeze.

I saw David one more time.

Soon after, I left the area entirely, and I haven’t heard about David since.

That is, until last night, when my brain summoned David to walk with me for awhile in the Blue Ridge Mountains.

One day I hope we learn how the unconscious truly works.

I’d love to know what part of last week’s heavy weighted days triggered me to dream about roaming the sun-warmed green hillside with a man I met in brief chapter of my life entitled ‘Me, and the Man from the Roof‘.