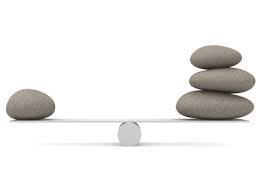 This quick jaunt to what has to be the most expansive airport this side of Milky Way, was followed by a 4 hour layover for the final flight of the night out to England.

So I strolled around the semi-deserted terminal until I came across an open restaurant that prepared fresh sashimi and served Stella Artois. And there I planted me and my laptop for an extended time, chatting it up with the staff and enjoying first rate tuna and salmon.

NOTE: If you’re ever in PHI’s Terminal A between A17 and A18, I highly recommend Gachi’s.

Then there was a no-hassle kind-of-cramped slightly-bumpy 6 hour ride over the Atlantic for a 9:40 am arrival at London’s Heathrow, where I was greeted outside the gate with pretty red flowers.

For a total flying time of of less than 8 hours … It is mind boggling that you have to go through 3 airports and end up being awake for almost 24 hours.

Anyway, by Thursday, the hard part was over.

Not quite done, my entrance into England was met with a new travel restriction for all travellers to quarantine for the first 48 hours.

I didn’t mind one bit. In my book, that mandate translated as being “forced” to sleep in, sleep often and sleep late.

Which actually suited me perfectly because I hadn’t slept well the night before I left, and I can never sleep on planes (especially when travelling solo and surrounded by strangers).

So I stayed inside, stayed longer in bed, put in some database work time, and caught up with parts of the new Dune.

Yesterday was a trip up to wildly crowded Cabot Circus, an outside but covered shopping centre in Bristol, for my required COVID test (negative, thank you very much).

As I waited my testing turn, it dawned on me that the last time I was in a shopping mall was probably January of 2018 when I had to find something to wear for my darling Papa’s send off.

I decided then and there that I will repeat and beat that streak … starting now.

Thus far: The evenings have been lovely. The chats lighthearted. The naps rewarding. And last night’s time at the local for a celebratory (I’m free!) shepherds pie meal and drinks was beyond warming.

Ah! Bonus. Somewhere in the middle of this, my fearless leader rang to tell me I had just been given an annual raise.

All in all, I’d say it has been a solid couple of days.

Otherwise, I am presently experiencing a moment to moment existence something akin to that of a Disney-ending movie.

Next week is a full work week.

I’m going to cover as much of British and Eastern Standard Time zones as I can. Which simply means longer office hours, that I don’t seem to mind doing when I am here.

Then it will be capped off with a Friday night dinner at Thomas and Zu’s.

Then a new weekend to go wherever these English roads decide.