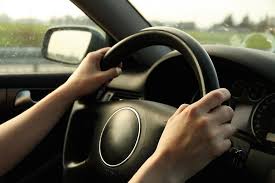 My car is getting on in years. It’s still in decent shape. But I know after 10 years it’s time to consider something new. And whilst the options are incredible, I seem to be somewhere between going back to a Jeep or sticking with another Audi.

With the Jeep it was all about my soul and the air. Come April, the soft top was mostly down. By May, the doors were stored until September. Always unlocked, it was free of clutter so there was nothing for a stranger to take.

Weather? Not a problem. Throw up the top, pull out a spare cheap rain jacket from the center console, let the water drain through the permanently removed floor plugs … and get wet. Fun fact, water evaporates.

Owning a Jeep means owning about the simplest of cars. It’s a key and gears, and little else. It’s a cheap sound system turned up high. It’s about pulling over anywhere, reclining the seat and catching some rays. Sure it’s cold in winter. So what? It’s got heat and I’ve got fuzzy boots.

I drove everywhere and over everything with my Jeep. Once, on a Dune in Michigan, as I was being escorted out of the National Park by Park Rangers, I learnt that those Dunes were considered treasures and not for degenerates like myself.

I didn’t get arrested but I did get banned from ever entering the park again. I was genuinely apologetic, but I’d be remiss if I said I didn’t have a blast.

The Audi is a whole other kind of high. I can shift from first gear to fifth, zero to 60, in what feels like warp speed. Punch it and watch as the world disappear behind you. A Jeep for sure cannot do that. An Audi is like pure Irish butter, by way of Germany. It practically drives itself.

Understated, comfortable and classy – if only people could be Audis.

I’m first to admit that earlier in my driving career I accumulated a few tickets or eight. But it’s been some time now since I’ve been pulled over for enjoying Mr. Eisenhower’s Interstate Highway System.

These days I consider myself a skilled driver.

There’s an art form as to when to grow a lead foot and when to move over and take your foot off the accelerator. Both serve their time and place. I’m not interested in blocking someone’s road agenda nor riding so close as to read the smallest of bumper stickers telling me to back off.

Rather, I absorb the energy from the machinery surrounding me, to feel the tyres connecting with the road, to enjoy the freedom that is mine to go go go.

Not naturally dexterous, driving a stick shift is hand/eye/hearing coordination that I don’t have anywhere else. I can take my vehicle up to 6th gear in about seven seconds, then slow down by downshifting, only applying the brake to finally come to a full stop.

My friends have strong reactions when they first see the gear shift. It boils down to two things. One, they are taken aback that a girl can drive a stick. And two, they site being stuck in traffic as a deterrent.

The first means me addressing someone’s ego, which I don’t care to do. The second. Whatever. I lived in Washington D.C for years with a manual where it takes anywhere from 20 minutes to 2 hours to go 8 miles. Never thought anything of it. Besides, it’s not as if I’m asking you to drive.

I’m sure one day all cars will be powered by the moon. But until they stop making manual transmissions … That’s my transmission preference. And until they are gone, I do think people should know how to at least navigate a manual car.

A transmission should not impede forward progress, strand you or require a Plan B. Having this driving skill as an option is empowering.

A few weeks back I stayed at an upscale hotel which only employed a valet service. Turns out none of the attendants that day knew how to drive a manual transmission; so I had to valet park my own car with a guy wearing a starched white shirt and red waistcoat vest sitting in my passenger seat.

Now that I think about it … I should have asked him for a tip.

Still no decision on what car, but definitely it’s going to be a shift.