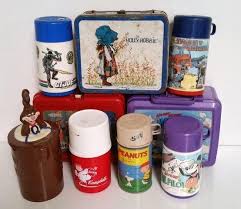 Rare are the times when I require validation from my fellow Aliens on this here Planet Earth … As opposed to Aliens on, say, Planet Pluto.

Which, yes, I still count as one of us even though the ‘hammock generation’ is being taught in schools to exclude the little purple guy … I call BS …

That being said, I demand the Universe appreciate the fact that this song has been stuck in my head all morning:

I know, right? Only as Inspector Clouseau does Steve Martin disappoint.

I am thoroughly in the middle of a lazy weekend day, wearing an oversized plush house robe and sipping my now cold second Cuppa-O-Coffee. Earlier I was tooling around the internet looking for signature postcards to send in 2020, but I got sidetracked by the fact that we can purchase metal detectors at National Geographic’s online gift store.

A metal detector at a gift shop? The same place they sell those overpriced wafer-thin scarves with Japanese tree designs?

If your brain took you to Airplane II and Sonny Bono at the airport buying magazines and a bomb … mine did too.

Hell, before this morning, I hadn’t realised I even wanted or needed a metal detector. Next Christmas. Okay Mum? 🙂

On the travel front: I should have bought my tickets to Bristol a few days back, as the deals to England were in a fine mode on Thursday. But! I did not. Silly me. Instead, I’ll have to see what Sunday offers for flights for the end of January.

If I play my cards right, there will be a whopping 7 hours of daylight when I’m there next, which means a few solid day trips on the weekend before the sunset at 430pm-ish.

Next up … I’ve an afternoon at Brother Drew’s establishment to catch the undefeated Number 1 LSU Tigers go match for match with the 12-1 Number 4 Oklahoma Sooners, in the aptly named Peach Bowl in Atlanta.

Doesn’t matter if you don’t know the game, the stats should be sufficient to get you into a seat around 4pm to watch twenty-something student athletes wow a crowd of 71,000 spectators.

Yes. Solid priorities. If I don’t say so myself.