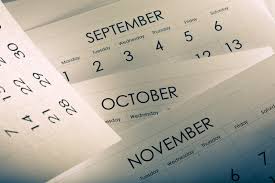 In total it took 16 hours and 4 airports, but there I left and here I be.

The journey was fairly straight forward really. An hour to Logan. A little under six to Ireland. Followed by a bit over an hour to England.

I know this route. It was the same path I was taking before this ‘demic nightmare. The only difference this time was the pre-flight prep: Tests, locator forms, copies of jabs, etc.

Up in the air, the crew and service and flights were as calm and charming as I remembered.

It was the stuff in between that needs a wee bit of polishing.

When I told them I always made my reservations through Expedia. They said, oh that’s why, they said, new policy, they said. And then they inexplicably requested I fork over $30 for my luggage.

Lucky for me and that other passenger, the lady at the JetBlue counter figured out her error of their ways and paged me back before I crossed the gate.

When they did fix everything (and returned my $30), not a word was mentioned about how I booked through Expedia.

2nd Airport: Had I not known the layout of Boston Logan prior, I would have never found my Aer Lingus gate.

I get that people from Massachusetts have a ‘tude and it’s kind of their ‘thing’ … but being unhelpful and unknowledgeable about flight information at an airport information desk?

C’mon assholes, you’re the ones seated under the sign that reads: How May We Help?

At Logan I was informed about two hours before I boarded my flight over the Atlantic that I may not be able to proceed beyond Ireland because my COVID PCR test was going to be a day older than allowed when I arrive.

So, they said, we can only book you as far as Dublin, they said.

This bit of unsettling information prompted me to spend the first half of the next 5.5 hour flight looking up airport hotels to stay in Dublin.

When I arrived in Ireland, the lady at the Aer Lingus desk literally said: Go on then, and handed me my boarding ticket for Bristol.

As I sat down to watch the sun rise out the window of my father’s country, I was able to cancel my hotel reservations at the nearby Radisson.

4th: Bristol. Ah, the last leg of a journey that has been on hold for 18 months.

It was a bit of bumpy 30 minutes, and a rainy morning as I walked down the plane stairs and into baggage claim along with 150 of my closest airline companions.

Not 20 minutes later, I was the last person in the baggage carousel area, watching with a sinking feeling as the rubber belt went round and round until it eventually stopped.

When I looked around for someone to ask about missing luggage, there was not a single human being in site. I was it.

So, I made my way through an abandoned customs hallway, sans luggage, to my dear dear friend holding flowers, looking at my luggage-free hands, mouthing Ohhhhh no.

This is why I used the word ‘seemingly’ to describe Dublin. It turns out that Dublin gave me a ticket to move ahead one step, but forgot to tell my bag we were cleared to ‘go on then‘.

I’ll spare you the 5 days it took to recover my bag … which Aer Lingus and BRS call ‘delayed possessions’.

Cute right? It’s not MISSING. It’s not LOST. Rather, It’s D-E-L-A-Y-E-D. Like a sac of clothes and toiletries got distracted at the magazine rack, and would be RIGHT THERE.

I opted to go Zen about this last bit of silliness. It’s just stuff.

Sure, it was stuff I wanted to wear and wanted to make me look and smell a certain way. But nothing a hot shower and good pint with a lovely friend didn’t quickly make better.

In the end, we bought my missing dailies at the local food/all-in-one store up the street: Underwear, socks, leggings, deodorant … Yep, Tesco’s soothed the glitch until I was reunited with my irresponsible luggage.

That was last Thursday. Seven dreams ago.

Now I am here.

Back in place where flowers grow in all places, around every corner, off most buildings, down every street:

But mostly importantly? I’m happy and relaxed and content.

And I plan to stay that way ’til the end of September.