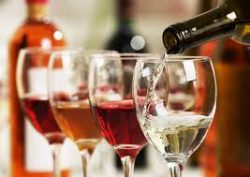 A fabulous night downtown yesterday with my dear friend Meike. We hit four spots before ending up at her hotel bar for a final drink before parting ways. Hopefully to meet back up in her city later on in the year.

Meike is my father confessor, of sorts. And I hers. We’ve been friends since we were 17. We’ve seen each other through life. It was good to release the recent events of my life out into the universe, landing safely on someone who laughs along with me at my marginal triumphs and poor choices as a faulted human being, and who understands that none of it is for public consumption.

Knowing that we were going to be sipping the ‘ole vino, I used Uber to get into and out of the city last night. Easiest service ever. Someone’s always near by and there’s no money to haggle.

My four tips for using Uber are:

With that, I enjoy Uber often, but you never know what you’re going to get.

Going, my first driver sported an Annie Lennox look in a BMW 3 Series. She missed my house. Held her phone as she drove. Did not know the streets. Nearly missed my destination. And dropping me off on the wrong side of a city street. She also talked the entire time.

This is what I learned during the 8 minute ride it took to get me from my house to the Marriott downtown.

Annie, as I’m calling her, had back surgery 4 months ago which is why she moved her from Florida. She has a sales job interview today selling envelopes to big corporations. That’s what she used to do before she quit her job and moved to Florida to date the well to do Jonathan, who wanted kids but she was past the age to have children so they broke up. She left him. Now Jonathan has two kids and she still loves him and looks fondly back on their time together. But her father gives her shit (her word) for giving up a job for a man.

And then there was some story about her dad giving her four quarters and taking away two … something about a life lesson about regardless of 4 or 2 quarters, you still have to decide how to use them. I have no idea what that was all about.

8 minutes. 12 years in 8 minutes. From a complete stranger. What a mess. Now that I think about it … I’m wondering if Annie may have been bipolar or on something.

In contrast, coming back my Uber driver was a Jamaican man who didn’t have a smart tag to use the tolled expressway to get me back to my house. So that 8 minute drive turned into a winding 20 minute drive without a single exchange of words.

No harm no foul on either driver. The service allowed me to hang out with Meike for a good 5 hours, enjoying the evening with few more than a couple of glasses of wine, as we explored our lives and dined on pork loin, ceviche and fried green tomatoes.