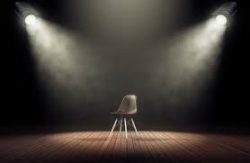 I’ve been trying to find my place in this world.

I got all night,

To listen to the heart of a girl.


Heart of a Girl from Battle Born by The Killers

There’s a hush enveloping my Monday, and it’s echoing within my body and throughout this house. It’s like someone came in the middle of the night last night and left with all my energy and essence. And this morning I’m walking through pockets of voids.

Weird vibes. Deep stuff. So quiet I swear I can hear my heart beating.

I know what it is … Sunday played out oddly for me.

The day began light and airy. I slept late. I wrote. I enjoyed extra bathroom time getting ready. Then I took myself out to my local spot and chatted up the staff whilst dining on pulled pork with sauteed green beans in garlic. I like going there, not only is the food fantastic but the people are funny.

There was a conversation about how Molly’s family calls women’s private parts ‘forks‘. Which was followed by KC asking Molly: And just where are your people from again? A cast of characters, I smiled the entire ride home thinking about their exchange.

Then I settled in for an evening at the poor wee cottage, when I got a text from a new friend.

I stood in the middle of my living room staring at my phone. I read the message about four times. There wasn’t a question to answer. Still, I felt I had to write something in return.

So I wrote: Okay. Friends. Be safe.

And with that he was gone.

Upon reflection, my reply seemed cold. I didn’t mean it to be. It’s just that his read so deeply.

He’ll be different next time I see him. At this point it’s 80/20 in favour that I’ll not see him again now that I am have become, with very little effort I might add, a problem.

I’m not without heart in this matter, but it’s not like I’m going to argue in defense of something that can’t grow legs. He did all the talking, took his bow, then exited stage left and continued out the Staff Only side door.

I wish it were Tuesday already.