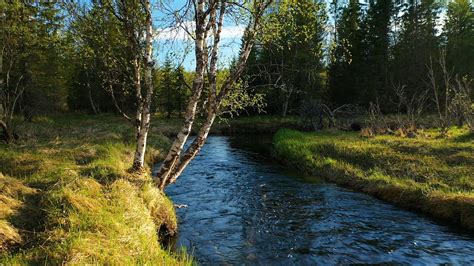 Yesterday was one month. One month since I last saw my Mum.

I’m not fighting Grief. No. I’m letting Grief in, however and whenever it knocks.

It’s not a welcomed guest by any stretch of the imagination. But in an odd way, Grief is reminding me that I am still human.

Which is good because I feel an armour constructing around my canyon.

I feel a powerful sense of self-containment that I’ve never known before. A bit like how a superhero must protect themself, being the outsider.

I feel, for the first time, that I am a singular entity. Not alone. But not grounded. Like a lone wolf.

And I don’t think those feelings are healthy.

So I’m grateful to Grief for holding onto my humanity for me, whilst I figure out my place in this new space.

See, I have always held a strong connection and identity to and with my parents. I did not know how strong until being forced to live without it now for 31 days.

And right or wrong, after my father, everything went over to my mother. And now that they are both off in the Universe … well, the echo is deafening.

Also, I had something of an empathic bond with my Mum. I wouldn’t describe it as psychic. I’d more describe it as other worldly intrusive and weird, and one that I often wished I didn’t share.

That being said, that bond too is gone.

And herein lies the lone wolf.

Hang in there. This is going to slightly channel Star Trek’s Deanna Troi here …

This empath thing began a few years ago. When I found myself physically experiencing bodily “things” that didn’t quite fit my vessel.

And each time the feeling aligned itself with my Mum’s life, not mine.

It wasn’t all the time. But it was often enough to be beyond coincidence.

Though it wasn’t always obvious at the moment.

Case in point, about 10 days leading up to my Mum going into hospital, I began having a strange discomfort in my lower left stomach. Like I was having a food baby or something. I couldn’t figure it out. And I couldn’t get rid of it (if you get my meaning).

So when I got the call that Mum was being rushed into emergency life-saving lower intestinal surgery … the light went on in my head, and I literally said out loud: Oh, so that’s what this is all about.

After they cleared the block, my phantom discomfort went away. Yeah, like that. I was aware they had taken care of it before being informed. And we weren’t in the same place. She was in the recovery in Virginia and I was standing outside the flat in Bristol England.

So as recent as May, going back to about five years, when my Mum was having an off day with her heart, I knew because I had felt it. I knew when her insides weren’t quite right. I was hyper aware when she was anxious.

I also knew when I didn’t intensely have those sensations that Mum was having a better day.

Out of worry and respect, I would ask Mum how she was doing. Her being a private person, sometimes she would tell me, and sometimes she would not because, as she once explained, she didn’t want to be defined by her congestive heart failure or single kidney or age.

But I knew what was going on even when I didn’t ask. And boy is it emotional to know how much of a brave face she put on.

For the first time in many years, I am not feeling those “other worldly sensations” that “didn’t quite seem” to be about me.

And rather feeling relief that those “distracting intrusive moments” are no longer around, I am instead wondering how do I get myself plugged back in.

Well, at least I know I don’t like. Trouble is, I can’t go back.

The second to last time I was with my Mum, she said something surprisingly pure to me.

She said she had been trying to figure out what it was that she enjoyed about me, not as a daughter, but as a person.

She said she realised that I had this appealing quiet presence.

That I got on with things, moved them along like water. That, without fanfare, I naturally flowed forward.

Then she added: And when I watch you and you are around, you make me feel calm and relaxed.

I didn’t know what to say. I just stared at her.

In the past, people have used words like: Cold, insensitive and enigmatic (and not in the sexy way) to describe me. This was something entirely different.

My mother’s comment stands above all as being the coolest nicest thing that anyone has said to me, about me. And it was only a few months ago.

I don’t know where I am going with this.

There’s so much to take in. There are connections lost. People no longer around. Distant relations no longer relevant.

But I think if I stick with the following, I’ll get to a place secure enough to give Grief a break:

That I have faith I can learn.

That I have career that excites me.

That I will be back over in England in about 3 weeks.

That sometimes I am going to cry.

That I have my friends and brothers.

That there are stories to remember, and tell.

That perhaps I need not be a lone wolf, but maybe I could one day be again someone’s flowing river.