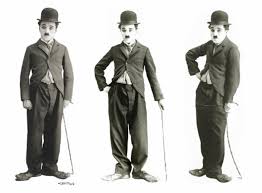 On July 3rd of last year, after an hour long phone chat with my Brother Paul, I made a choice to significantly reduce carbs in my daily dietary intake … for the rest of my life.

Paul had done it for most of 2018 with positive Mind and Body results. Being almost Irish Twins and having nearly the same biological makeup, Paul suggested I give it a go too. By that end of our chat I had jumped into the low carb pool party.

Note: This is not a keto story. It’s an individual lifestyle change story about turning my day to day relationship with foods high in carbs into a thing for special occasions only.

It was pasta that shocked me. I never knew how much I relied on pasta on a semi weekly basis … either drenched in white cream to red tomato sauces, covered with capers and meatballs, or as a late night snack with olive oil and freshly grated parmesan cheese. There was always at least angel haired and spaghetti selections in clear view on my pantry table. A tough one, pasta went the way of honey.

That was between July and November.

Then my Mum got sick in December and I was with her at two different hospitals and ICUs for a solid portion of the month. I broke some of those eating rules at the hospital cafeteria. When she got discharged in January and I was back and forth with her for the next 50 days, I took a couple of breaks by spending time at my parents’ local writing or watching a game with a lazy order of beer.

Minus those times, I’ve stuck to a low carb lifestyle change.

Not bad if I do say so myself. The results have been favourably cool.

For the Mind: Clear clear clear. I’ve never been one with brain fog and I multitask like a boss, but another layer of sharpness has shown up. I’m on board with anything that increases the mind’s ability to absorb.

For the Body: The tops of my pants have to be folded over at least two times and secured with a tight belt in order to stay on my hips. And my shirts hang straight down and loose. As I was leaving my Mum’s after last week’s visit, she laughed at my ill fitting bottoms and told me to buy jeans that fit. I smiled and kissed her goodbye.

I know I need to order new pants. But the three pairs of Gap jeans I bought pre-July have since been discontinued, and I loath searching for jeans. So until I find a suitable colour of worn-in blue, I’m stuck wearing jeans that are at least three sizes too big. Which means while I wait, I’m walking around town an unapologetic member of the Baggie Butt Club.

I know I look something akin to the the Little Tramp. I’m choosing to find it adorable.