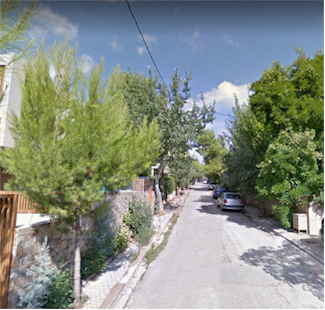 I dreamt about my first best friend from Greece. Her name was Ranya. When we first met she was a tall 9 year old girl with straight brown hair, brown eyes and naturally tan. In contrast to my 10 year old below average stature, auburn hair, blue eyes and pale complexion.

Last night I hugged Ranya and wished her a Merry Christmas.

I have a special relationship with my pre-adult past. More specifically with the time I grew up in Greece, living north of the capital in our three story 5 bedroom/3.5 bath rooftop house on rue Evripidou in Politia (Πολιτεία).

It was an energising almost 6 years. Trips, school, friends and water from the Aegean were day to day agendas, along with exploring the foothills of Penteli (Πεντέλη) whenever we could.

School life was a massive to-do in our lives. We attended a smallish private grade K-12 academy in Halandri (Χαλάνδρι) where all ages mixed. Though in different buildings, my younger Brother Drew and I saw our three older brothers often during breaks in the day.

Rain or shine our bus stop was a covered taverna called Alekos down the street from our house. It took a large coach bus an hour both ways to get us to and from campus.

In varying degrees I went to elementary, middle and high school there. I simply loved the daily grind. I liked my teachers. I liked my social circle. I liked our volleyball team. Our cafeteria fries. I was into what I was being taught, whether it was the battle for Troy’s independence or the Greek language or how baboons live in the wild or the state of politics in the United States.

As large as academia, the social aspect was just as influencing. Weekly someone around Attika hosted a party. We took trips almost every weekend, and when not away we went to the Nea Makri beaches together. There was always at least one kid sleeping on our top level penthouse floor: Richard, Dan, Rinna, Terry, Angie, Simon, Joe.

Oh, as a twelve year old girl I had such a crush on Richard. He was my Brother Fred’s best friend; a good looking polite sixteen year old guy from America. I remember the first time I met Richard – he was hair in a sleeping bag in our TV room. When I nearly tripped over him in the morning, he stood up and formally introduced himself as if I had a tiara on my head. We’re connected on Instagram and I continue to think of him as a good looking polite guy.

Each member of my family made life long lasting bonds from our time in Greece. To this day I remain close with Rinna, Angie, and Kathy. We were the four musketeers in middle school. Rinna sent me a video last week from Vancouver and Kathy texted on Monday from Nashville. Angie is the worst at communicating, but I’ve known this since we were 12 so she gets a bye.

Then there’s Han, my first true love, whom I met at the Boarding Unit in Kefalari and with whom I had dinner with about three weeks ago.

His story is amongst my other blog posts here.

After university I went back and taught at a startup in Agios Dimitrios, east of Glyfada. I didn’t stay long, but Greece once again impacted me.

I physically left Greece some time ago. But Greece was my home and heart, and it has been a part of my life ever since. I still wear the two drachma coin necklace I bought at the Plaka. I curse in Greek. A bottle of Ouzo from Kifisia (Κηφισιά) sits next to my bottle of Jameson from Dublin. I understand that feta is a daily staple of breakfast, lunch AND dinner.

I have zero wish to go back in time and relive those years. So this is not an unhealthy relationship between past and present. It’s just that there are bits of me that were formed by an entire country … and I acknowledge their ownership.

Like last night when my subconscious remembered my old friend Ranya from Greece, who used to live in Χαλάνδρι and now lives in the Emirates.