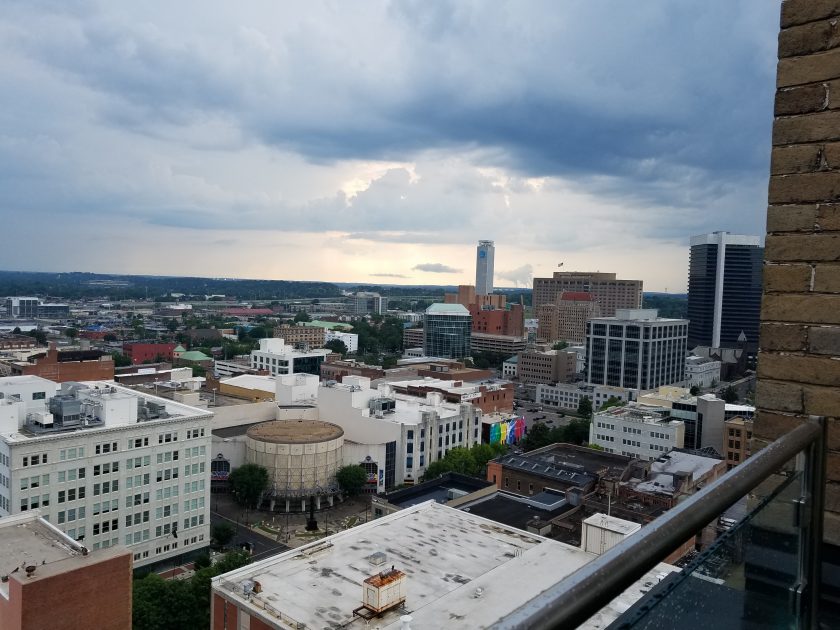 I’m not complaining. It was a sweltering 36C outside and my car was a cool 18. Then last night I spent the evening at a rooftop restaurant overlooking Birmingham Alabama after a Summer rainfall.

But it was two hands on the wheel driving for sure, with 274,938 of my closest friends … through 4 states. And because I entered another time zone, I experienced two instances of rush hour traffic.

During one stretch through Atlanta, which took an hour to navigate 12 miles, my new boss rang to inform me that leadership had approved my onboard date, and he told me to put my ‘go date’ on the calendar.

As I shifted between 2nd and 3rd gears through crash delayed traffic, we talked strategies and next moves, work philosophies and holiday schedules. By 15 July, he said, I should be fully vested in my new role, which is actually a revamping and promotion from my old role in the company.

This news could not have come at a more wishful time. I’ve written about my 2019 sabbatical in previous posts, so I’ll spare a reboot of that story. Let’s just say I’m ready to let the universe back into my life.

When the boss and I finished our chat, my brain flared:

Then, without worth of a lie, this breezed through my mind:

What can I say … It was gridlock on the mean roads of Atlanta. I had a lot going on. Also, I adore elephants and Freddie Mercury.

This morning is an easy morning. My drive today is a simple four hours west to Mississippi. And I’ve no place to be until 3:30. So that leaves me enjoying my room service tea and contemplating decisions that have nothing to do with me.

Like, for instead, the bathroom in my hotel room.

Based on the lavatory and shower doors and yellow lights, I’m seriously questioning whether I’m in Alabama or Munich.