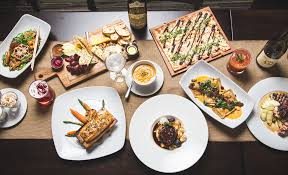 I created a list of famous women I’d invite to an imaginary dinner party.

I’m being silly, I know. But it’s Friday. And I found the game an amusing distraction.

The one rule to this whimsical premise is that the whole party intends to stay for the entire evening. Which means apéritifs, a least a five course meal, after dinner drinks and cigars … then being chauffeured home around midnight. We’re talking 4+ hours here.

Initially I picked Eleanor Roosevelt, Mother Teresa, and Aretha Franklin. Then the first course flashed across my brain.

Meaning no disrespect (or pun intended), but I don’t think I’d make it past the soup.

See, I’ve always felt a sense of sadness for Eleanor. I admire her work and tenacity no doubt, but I don’t want to deal with the ghost of Frank all evening. And there is NO way I’m rubbing elbows with MT for 4 hours – good grief, I’d be apologising for human kind all night. Ms. Franklin, as much as I followed her life, is THE original iconic diva.

I can’t be a mouse at a table with those three legends. So, I decided Eleanor Roosevelt, Mother Teresa and Aretha Franklin are best appreciated as separate invites for afternoon tea with cucumber sandwiches with the crust cut off.

Instead, I opted to invite women I watch often. And this made the digestif part of the night so much more appealing.

Turns out, my imaginary guests all share wit, intelligence and the gene of being natural charming and funny.

Unfortunately, due to limited seats, I had to leave Holland Taylor and Holly Hunter out, but boy would they have been a hoot for sure with this ensemble:

A solid fictitious dinner crew if I do say so myself.

I hope they enjoy the Tiramisu.