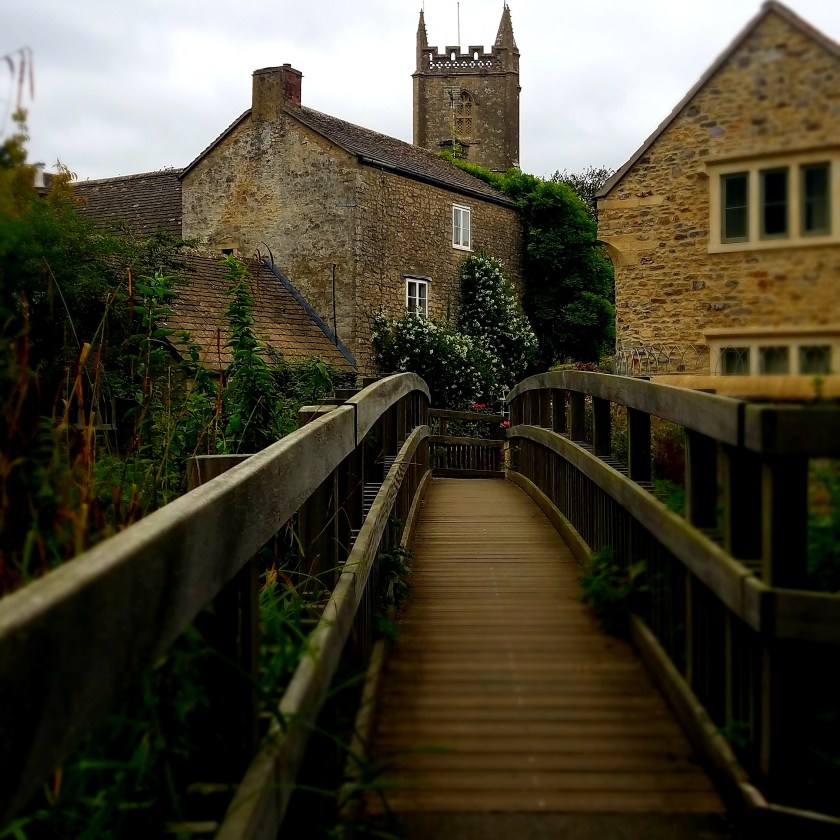 I’ve been having a life away, about 6,000 miles from my poor wee cottage. And I have to say that whilst I am doing similar things that I do there, like working during the week, going out to eat in the evenings, etc…. the tempo, thoughts and scenery here seems to suit me my work/life balance wishes infinitum.

It’s a combination of being on holiday and simply having moved someplace else. So it’s pics of selfies and getting up to see history for sure. But it’s also laundry, tidying up , and going to the store.

And the locals seem to be getting used to me taking snaps of sunsets and food.

I’ll spare the play by play of my daily routine. I mean, how many times can I write about shopping at Tesco’s for olives and cheese … or watching the seagulls as they gather ’round the water front pier?

That being said, this past weekend it was a few days trips out to visit small towns with big castles.

First, on Saturday, we purposely drove about an hour east (south of Bath), along tiny country roads, to reach Nunney, with its intimate town roads and equally romantic and accessible English castle, originally the home of John De La Mare built in the 1370s.

Then on a pleasant Sunday drive west of the River Severn we literally stumbled upon the 1460s Welsh Raglan Castle, a place to house soldiers and fight for the honour of its borders.

To be able to pass through doorways, touch and interact with stones, and experience the same walk that others did 500 years ago … The curiosity and imagination and colours spring alive.

And with it also comes a strange internal hush. As if something greater than yourself wants you to hear the echoes of voices of the past as the wind swirls them amongst the feathers and leaves on the exposed cobbled stone room floors.

Both castles are in ruins. Both were meant to fortify their hosts, as their moats attest. And both were, in a word, AWESOME.

I highly recommend Nunney or Raglan, and it absolutely warrants a second or third visit, if only to say hello to the ducks and pigeons.

Ah, and bonus, this old tune has been playing in my head since I heard it on BBC 2 on Friday. It’s The Dream Academy and Life in a Northern Town. Its unique calm and message seems to fit my mood.

I never get tired of saying this: But sometimes, nice is just nice.