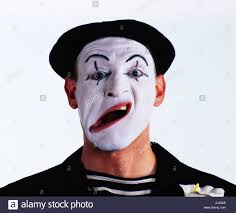 I dislike long weekends. Long weekends make me never want to go back to work. Ever. Again. This is relatively a new phenomena for me.

I’ve had a job (and absolutely am I counting my pre-teen lucrative babysitting gigs) since I was 12. I’ve been paying taxes every year since I was 16. Of which, 99.7 percent of my jobs I have adored. And when I mean adore, I mean love. Yeah. I’m THAT person.

At 18, in what I call my gap year, I was a administrative assistant at a home for adults.

When I finished my day job, I’d go home, change out of my skirt and into jeans, and head back to the facility to play games with or read to the residents until it was lights out, which was voluntarily around 9pm. Italian Jack. Nick from Pennsylvania. Smiling Fanny. Proper Miss Kitty. Sassy Edith.

Oh, they were grand people. Even with canes, walkers and wheelchairs, they were all so dignified.

During my attempt at getting a Master’s Degree, I was a property manager of an apartment complex where I also lived, in a university town.

On the weekends I volunteered my time cleaning the grounds (if you’ve ever lived off campus in the US, you know Friday nights usually are followed by a morning of beer cans and bottles in the bushes). I minded the littering for sure, but it was my choice to wear gloves and walk the property with a trash bag as the sun came up. By mid-morning, I had the tidest property that side of campus.

Funny story about that. Eventually residents saw that it was me picking up after them, and the place began to clean itself.

When I was 34, I created a minor scandal whilst in the southern part of the south island of New Zealand, in a town call Te Anau.

During the afternoon hours at my B&B, I would email friends in the U.S., some co-workers. After a day out on the fjords and in between finalising dinner plans, I thought it exciting to check in with my crew.

Now, I know people say that work should off limits whilst on holiday. I, however, do not view communications as burdens. I find it exotic to receive a correspondence from thousands of miles away. It’s like receiving a postcard in the mail. I thought it nothing until I returned to work and was routinely mocked for staying in touch whilst on holiday in paradise.

I dream my job. I think angles and equations in my sleep. Awake, my finest solutions for nagging problems spring to life the second I step out of the shower. Which is why I have a notepad and pen on the bathroom sink counter, to get down the details before getting distracted by hair drying and rush hour traffic.

A scene from On Golden Pond just popped into my head. After some prodding to “say something nice”, Chelsea tells her mum that she “married Bill in Brussels”. Katharine Hepburn hugs and congratulates her movie daughter. Jane Fonda then snaps her fingers and says: “Nothin to it!” As if marrying Bill in Brussels is something everyone does.

That’s me, jotting down ideas on my notepad in the bathroom before going to work. Nothin to it [snaps fingers].

I’m still me. It’s all still right there. The design. The databases. The team. Only, it seems this past 12 months or so, my work brain has happily been letting it’s other side linger longer.

I’ve always been a strange bird. The majesty of nature and the wonder of the world are known to me. I do smell roses. I can find fantasy in a silver lake. But lately, things like: Types of birds on the lawn. Identifying trees by their leaves. Cloud formations. Bookcases. Etymology. Writing. Geography. French phrases. Black and white photos. These things have taken centre stage.

So much so, yesterday I was taken aback that my bathroom sink notepad is dotted with dried water droplets, not words. I only took exception to the fact that I had not noticed.

I still have a common interest in both worlds, just now my life seems to be reversing the 70-30 split.

Today it is on my mind because A) I would have lost the bet if you told me this was me, and B) I am surprised how easy it is to paint over a landscape I’ve been working on since I was 16.