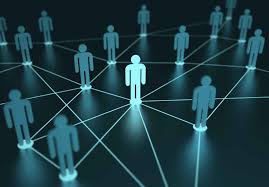 My Instagram makes me smile … it’s chock full of pictures about sustainable farms, tiny houses, gorgeous staircases and historical photographs. I can and have lost an hours clicking. And it makes me feel good about what I’m seeing.

Last week I logged into my Facebook account. It was the first time this year … and the third time in the last three years. I did so because I got a friend request from a local person and thought maybe it was time to get back into the FB game.

I used to be so into Facebook. I loved seeing my friends online. I enjoyed posted photos whilst on holiday. I liked the likes. My parents were on there and they had fun seeing my travelling life. It was pure positive.

Then I made the mistake of adding acquaintances to my inner circle (there’s a reason why we don’t call them ‘friends’). Mostly coworkers, I became enormously protective of my family against what immediately felt like ‘trolling’ eyes. I thought often about blocking people when dropping people turned into a political issue.

Added to, my family and friends stopped talking to me personally and were only virtually involved in my life.

So somewhere around early 2017 I decided I didn’t want to be a part of third party communicating and an actor in other people’s theatre. I posted a note on my wall saying I was going off FB. And with the exception of me posting the news of my father’s passing in January 2018, I’ve not participated in that community. I’m not anti social media. I’m just anti me on this social media.

Thursday, with this new request, I thought maybe I would reconsider my almost three year ban.

First off, I forgot when you accept a person into your group you bring in their family and friend through images. Then when I added an old pic from my phone, within a baffling few seconds I got 27 likes. Two cousins, one of England and one from Ireland, and a friend in D.C. messaged me at the same time wanting to hold meaningful texting conversations. Penultimately, I inadvertently sent my new friend a tongue and cheek message intended for an old friend.

And finally, I had 16 direct messages waiting for me. That’s not so bad except one of the 16 was sent sent in 2017 from Chel, a former friend whom I severed ties with in 2010. I haven’t spoken to Chel in 9 years and about four weeks ago I found out through a mutual source that Chel died in early March. And here I am with a pending message from her wanting to know if I would talk to her. Ugh. I’m not sure how I would have responded then, and that’s sad for number of reasons.

In FB-world, it’s all so raw and personal. Errors are impossible to erase. Barriers do not exist. People stick.

So last night I uninstalled FB from my phone. If someone wants me then they can use my phone or email me. I’m going back to images of tiny homes and growing gardens.