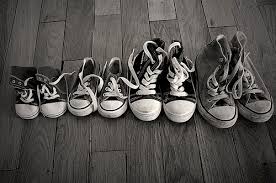 My dream: I was eating outside at cafe in what looks like old town Quebec, when the tram driver walked out a restaurant across the street. It’s my old friend, Mike Lambert, I recognised by his trademark one white eyebrow. He starts to drive away when he catches me running towards him waving.

He hops out, taller than I remember. I’m happy to see him. We hug. He tells me I’m a year too late. He kisses me then gets back into the tram. I run down the tracks, as the tram follows me from behind. I turn onto a grassy alley to the right just as the tram passes me by.

I run through a narrow bit between two buildings and down a slope of flowers to the top of a wall in front of a metal staircase overlooking apartments way below.

Holding onto the top of the railing, I see that this is only path. The stairs. But there must be 200 stairs floating straight down. My legs give way as I gingerly fall to the ground, trapped by my fear of heights, feeling my body moving towards the edge as I’m bracing myself trying to hold me back.

I woke in a near panic and a tension as if I had my arms outstretched.

What my brain was trying to do with the tram, alley, slope and stairs I have no idea. Ah, the mystery of dreams. It was good to see Mike Lambert again, I always liked that guy. He had a great sense of humour, especially when it came to his one albino eye that stood out against his black hair.

It was pretty clear that Mike was born with a pigmentation birthmark, but people still asked him about it. One day he told a girl the reason his eyebrow was white was because he was in an accident where he was thrown from his car and the left side of his face skidded across the white line in the road, which permanently coloured his eye white. Her response to him? Oh wow, that’s amazing.

I laughed when he told me what he said. It made me like him even more. The white line of a road staining his eye … brilliant. I had forgotten that story. What a charmer.